Samsung’s upcoming flagship series will officially be launched on January 14th, 2021, the company has now confirmed after sending out invites for their first UNPACKED event this year. The invites come after a series of leaks have shown the world everything to expect with the new S21 Series. There’s a new camera design, even further reduced bezels, and an expectedly faster and more powerful Exynos chip (for all of us outside the US where they’ll ship with Qualcomm’s Snapdragon 888).

The devices to expect from this event are:

According to earlier leaks, this will be the first time Samsung will be bringing its S-Pen support to the Galaxy S-series. For whatever reasons, people are speculating that Samsung may be ending its NOTE line-up of devices soon. Perhaps sales haven’t been good, or maybe we’ve reached a point where the NOTE and the S-series are very similar in specs, so it makes no sense to make the NOTE series. We don’t know. However, if on January 14th they announce S-Pen support, that may be a significant pointer that something will be changing with the NOTE series.

Unlike previous years where we’ve seen significant jumps in performance, or in cameras, or in anything, this year maybe just another incremental update year where the performance will be a little faster, the displays a little brighter, the cameras a little better, the battery a little more longer lasting. This may mean that S20 Series users will not feel the need to upgrade.

We don’t expect a significant difference between the Galaxy S21 and the Galaxy S21 Plus. Perhaps the most will be that one is bigger than the other in display and battery size. The S21 Ultra however will pack more tech, and more power.

Locally, the event will start at around 6pm on Thursday.

Given the numerous leaks we’ve seen, Samsung may announce a new affordable foldable phone at the event. This will probably just be an announcement with the device being available later on in the year. This may be the first time we hear of the Galaxy FOLD 2 Lite, or newer Z Fold devices.

At the event Samsung is also expected to announce the new Galaxy Buds Pro with Active Noise Cancelling, among perhaps new home accessories that the S21 Series will be interacting with. 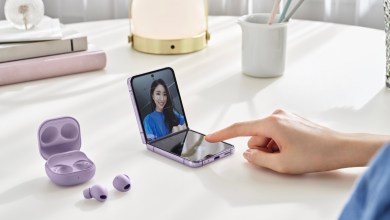