This post has been on my drafts for far too long. I have been lazy. November is here now. More changes.

A couple of months ago I gave you this list of the best phones then under 20K. But the industry keeps changing. New releases every now and then.

Finally in this list you’ll find phones running Android 4.4.x KitKat, something we have not been seeing with low-ends. Most OEMs have been bundling up Low end phones with older versions of Android. Anyway if you look at it keenly, there’s nothing much to celebrate as we are pretty sure these phones won’t be getting any (none whatsoever) updates.

I put this phone first on the list intentionally. Here is the complete review of the Phone. If you have around 16,000 Kenya Shillings (Update: Phone costs Ksh. 20,000 now) and you want a phone running Android 4.4.2 KitKat with 1.3GHz Quad Core Processor, 1GB RAM, 16GB Internal Storage, 2000mAh battery with an extra free 2600mAh power bank and 8MP rear, 5MP front cameras this is the phone. It is 4.7 inches.

But I must mention this: You’ll totally hate the cameras. They’re not that good. And the phone kind of overheats. But that’s that for the price… Plus the pixel density is unbelievably 317ppi.

This phone also runs on Android 4.4.2 Kitkat. It is around 18,ooo if I’m not wrong. What you’ll totally dislike with it though is the 768MB RAM. I don’t understand why Samsung always want to hold back something from people.

It is a wonderful phone at the price. It has a Quad Core Processor clocked at 1.2 GHz, 5MP rear camera and a 0.3MP front camera and 4GB internal memory. No it doesn’t overheat. And yes the camera is better than that of the F6. I mean paper facts versus actual facts here. Core 2 has a pixel density of 207ppi. It is 4.5 inches.

The battery is 2000mAh. No extra powerbank. Here’s the Full Review.

This is the first time we are having a Sony on the list. You all know these phones are always damn expensive. Something is changing.

The battery is 1750mAh and there’s no powerbank included. There will be no extra powerbanks on this list.

We are absolutely going Xperias on this list. These all cost less than 20k. And you can totally check them out. They are not mainstream handsets which you’ll find with everyone. And many people love that.

You probably don’t like Tecnos. The branding and all that. Anyway check these phones out. They’re not just on this list since they are below 20K. Are you seeing a Samsung Family over here? No. Samsung low ends are total crap. Their specs are so held back and it is like the people at Samsung don’t want you to enjoy a single thing on your phone without extracting cash from you. 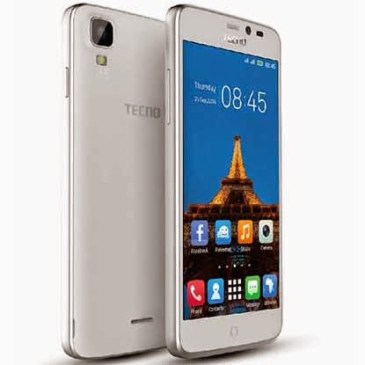 Check out the Tecno H6 for example. It is a 4.5 inch phone running Android 4.4.2 KitKat with a 1.3GHz Quad core processor and 8GB internal storage. It has 8MP rear camera that can shoot 1080p (Full HD) videos and a 2MP front camera. The battery is 2350mAh.

I know this one should be second or third on the list. Problem is this: finding one in Kenya still is a problem. Unless through pre-order on Jumia I guess. If anyone knows a better way tell me in the comment section.

Infinix is a rebranded Sagem and other stories. Will you remember the name of this phone a second later after reading this? I guess no. The names Infinix! The names! Do something about the names.

The back camera is 13MP with BSI while the front camera is 2MP.  Good luck getting one in Kenya. Help me out if you know how.

This is worth a mention too. It is 4.5 inches. It runs Android 4.3 Jelly Bean with 4GB internal storage and 512MB RAM. I know. That RAM is a total put off. But the Qualcomm 1.2Ghz Dual Core Processor is what got this phone a mention. I don’t know why though. The battery is 1750mAh. Spec-wise this phone is nuuh. The camera is 5MP.

In the previous list (have you read it?) I mentioned the X and the X+. The X2 somehow automatically enters this list. Though if you compare the specs with the phones on this list you will see that the X2 is not there yet. A little bit.

These phones are on my list of best Windows Phones under 20K. Go check out that list. I love keeping this list as Android as possible.

And that is the list as of November. Do you feel like there are some cool handsets I haven’t mentioned? Tell me now and I’ll update the list. Plus if you know where to get the Infinixes tell us in the comment box.

The best phones list under 20k as of June is here.

From the many listed here, which one are you going for?