You’ll have to go slow on this one. I’d rather you save it to Pocket or Instapaper if you are busy right now and read it later on when you can go through it all.

I have had the Infinix Hot Note X551 for 4 days now and I think I am fully capable of giving you a thorough review of the phone. Here is the Hot Note:

The phone borrows a little from the Note 3 design. Many say it resembles the Note 3 in every way on the front, but I beg to differ.

It is a big phone. The display is 5.5 inches, plus the relatively thick top and bottom bezels. The back cover is made of plastic material very well brushed to appear shiny and metallic. I have the copper brown model and half the people I have given the phone think it is all metal.

It is relatively thin at 8.9mm on its thickest part.

In terms of weight, the phone is just my type of heavy. 172g. Not very light. Not too heavy. It feels awesome on the hand but sometimes a little too light. You can pick it up from the table with so much force only to realise it required just close to no effort.

There is an audio jack on the top left of the phone. Which is a really good placement for such a large device as it doesn’t affect your holding the phone when listening to music, or even when in the pocket.

The volume buttons and the power button are all on the right side of the phone. The power button close to the centre while the volumes slightly above.

The placement of the power button makes it easier to wake your phone, but you won’t be using it much since you can just double tap the screen to wake the phone and double tap to kill the display.

The problem I found with the design are the capacitive (or is it soft?) keys; home, menu and back keys. They have no backlighting. In adequate light you can see the keys since they have this recognisable design. But when in darkness, you just have to fumble looking for home, menu or back keys.

First of all let me put this out there, if you have a Tecno R7 and you use the Hot Note, you will be using exactly the same UI with a little bit colour tweaks here and there. Everything is the same for these two phones. Well except the touch gestures

The screen is HD meaning a resolution of 1280×720. The pixel density is about 267 pixels per inch. Watching videos and movies on this device is an amazing experience. I think this is especially because of ClearMotionTM that has been included for enhancing video fluency.

The processor is 1.4GHz Octa Core. Eight cores in total to run your device. And yes, it doesn’t heat up. It hasn’t for me.

RAM is 1GB. This feels low on paper, but the phone is fluid fast and can manage very many tasks in an instance. Will try a huge game soon and give you the feedback.

It runs Android 4.4.2 Kitkat, and if I’m right, I don’t see it ever receiving an update to a higher version of Android. That’s the problem with these companies.

The phone has 16GB internal storage. Only 10GB is user accessible though. You can however expand memory using an external SD card upto 64GB.

And it is a dual Micro Sim Phone.

It has an 8MP back camera and a 2MP front camera.

The speed of the camera is freaking fast. I don’t know how to tell you this but these cameras take photos instantly. 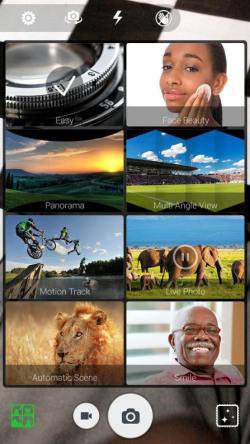 The back camera has a lot of pre-set stuff you could take advantage of. There is the

The front camera can do relatively well in low lighting too. It is also good and better than most front cameras out there.

I have to praise this battery. Finally, I don’t have to charge my phone every single day!

When a battery is that large, challenges arise when you try charging it. They tend to charge for long periods of time. That is not the case with this phone. The phone supports Super-fast charging. You can charge it upto 75% in less than an hour.

When your battery is getting low and you want the phone to stay on for some more minutes, just tap on Power Save on the notifications bar. This mode stops many unneccesary background processes and optimises the phone to save battery.

When the battery is below say 10% and you want to extract more life from it, tap Low Battery on the notifications bar and the phone will kill Wi-Fi, Bluetooth, optimise brightness and processor speeds to give you more time. 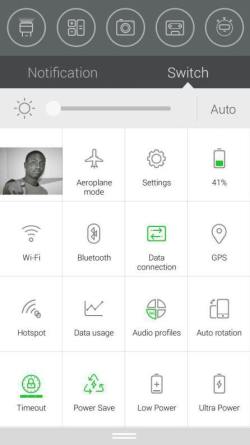 When battery gets very low and you still want to have more time with your phone, tap Ultra Power on the notifications bar and the device will lower its brightness, kill all connections except voice calls and messages and finally turn the screen black and white. 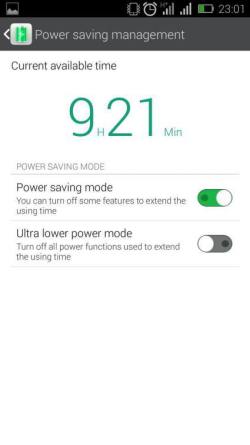 When in black and white, you can access the Phone Dialler to make voice calls, Messages App to send messages and browser.

I have already mentioned the double tap to wake gesture. This helps you wake your phone easily without fumbling with the buttons.

These gestures work when the phone isn’t displaying i.e. asleep. They include:

The phone dialler also supports gestures. You can add certain gestures and assign them to contacts so as to quickly call them without having to dial or look for their numbers.

In the settings app, the display subcategory has the following awesome features.

I must also mention that the phone has a very nice animation when loading something. Some kind of circular stuff that you find yourself staring at every time something is loading. On any app.

Drawbacks of the phone

It isn’t a perfect phone definitely. I have noticed some few problems.

I have a post on my Problems with the Infinix Hot Note. Read it and tell me if you’re facing the same.

UPDATE: How to Upgrade your Infinix Hot Note to Android 5.1 Lollipop