Hoverboards are not devices that hover above the ground but rather self-balancing electric scooters having two wheels and stepping pad for a person to ride on. The hoverboards became very popular in late 2016. Celebrities, the cool kids of Instagram and the who is who in society were rolling on one and posting the videos for everyone to see. I must admit that the trend looked soo cool and thought it would last longer. Hanging out in the major shopping malls in Nairobi was hectic as pre-pubescent boys, girls, and teens threw caution to the wind and rolled carelessly on these battery-powered platforms with flashing LEDs. It seemed like a reinvention of the wheel and futuristic gadget. One year down the line, the hoverboards are rarely seen in Kenya.

This is Kenya, and as former Safaricom CEO, Michael Joseph, once noted; Kenyans are innately peculiar. Kenyans are too quick to try a new trend and show it to the world but forget it very fast. We have not forgotten the quail scheme and all the fuss which went down the drain. Similarly, Kenyans like the majority of other regions across the world, are likely to have shown interest to the hoverboards but forgot about them sooner.

Hoverboards have been disheveled with celebrity culture from the likes of Justin Bieber, Prezzo including others. Hoverboards are following the footsteps of netbooks, Walkman, and MiniDisc players among others. For those people who were attentive, all the signs of withdrawal were in black and white: fast and blind acceptance by the celebrity class, many unfamiliar brands offering the self-balancing scooters, and the minimal safety certifications. Cases and cases of exploding scooters and falls were reported. This paved way for the ignominious fall. 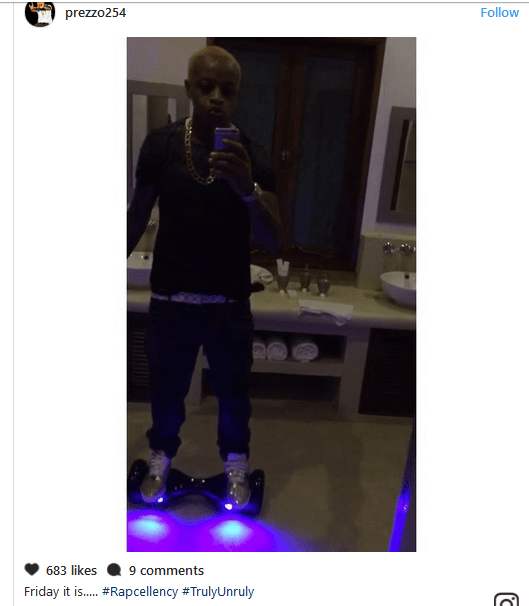 But What Exactly made Hoverboards Lose it in Kenya?

I suppose the self-balancing electric scooters were not designed with the African infrastructure in mind. Their small wheels and minimal torque cannot handle the rough terrain and our poorly done, pothole-filled roads. These devices were meant for the smooth, and spacious pavements in the developed countries. There exist minimal places in Kenya where one can ride a hoverboard no wonder the malls were filled with riders. They utilized every chance they could get before going back to their small houses overcrowded with furniture.

The other reason why they lost popularity fast is that they were quite pricey for a bigger portion of the Kenyan population, the young people. A significant number of people would not understand why a small two-wheeled gadget that looked like a toy was retailing at more than Kshs. 40,000. The thought the scooter would not make it across the rough patch outside the house was scarier. The young people especially campus hunkies did not know how they would convince their parents to buy a toy for big people at that price.

The other thing to watch out is the electric unicycle whose popularity is growing fast in the west. The unicycle is a one-wheel self-balancing scooter with a bigger wheel and more power than the hoverboards. Some electric unicycles are designed to conquer rough terrain including jumping over curbs. If they do manage to get to Kenya, they have a better chance of surviving. However, people should be ready to dig deeper into their pockets as the top models are retailing as high as 1200USD. We did love the hoverboard but it was definitely not made for our Kenyan soil. The motorbikes, buggies, and dirt bikes got this.

My name is Amos Denis Nzuki, an enthusiastic technology blogger with vast interests in product testing and reviews, upcoming trends, robotics, AI, machine learning, e-commerce among others. Academically, am a graduate Biomechanical Engineer. What drives every day is to see people lead better lives across the world.

How to verify your IEBC Voter Details online and on SMS