Let’s not make fun about the name. Apparently it is derived from Spanish, where it means small… If you get the joke below…

So, Xiaomi is bringing Pocophone F1 to Kenya. Might be appropriate to hold the first sale at Koinange, right?

Yes the phone, Xiaomi Kenya has confirmed, will be making its way to the Kenyan market soon. And if you’ve been following, you know this is big. As this phone has a lot of going for it. In the Indian sale, over 68,000 units were sold in first 5 minutes.

What everyone is asking, is how the phone costs just 329 Euros. That’s about Ksh. 39,000. And for that you’re getting, this is undeniably the best value-for-money device in the whole world.

This is really the first time you can get such specs for this price point. There’s no other phone with a Snapdragon 845 processor and 8GB RAM priced so comfortably as a midrange device. Remember this is the same configuration you’re getting with $1000 phones. 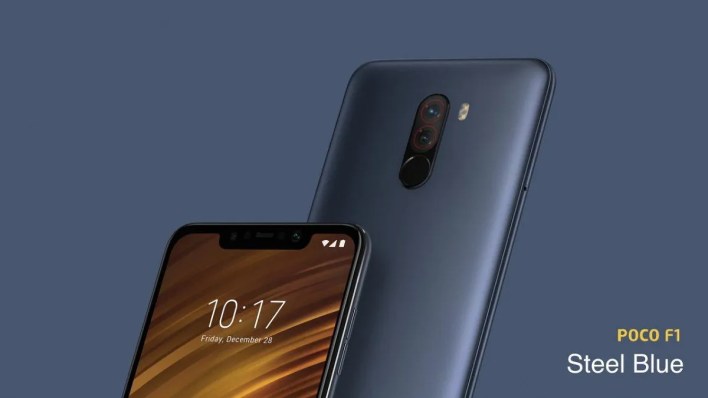 When the OnePlus One launched, it was the pricing that really got the brand going: offering close to flagship specs at a really low price point, and everyone was hooked. The Pocophone is doing this, even more aggressively, as Xiaomi has the resources to push the device to the markets they are already in.

Of course to achieve this price, Xiaomi cost-cut in many sectors, including having a plastic finish. But that doesn’t matter. If you love a huge battery there’s one, if you want to fast charge, that’s possible, if you want expandable storage that’s catered for, if you want the headphone jack that’s there. Also, if you love a notch, you’re sorted.

Hoping to review this phone when it goes on sale in Kenya around September. What I am sure is that this is a way better offering compared to the Nokia 7 Plus which I recently reviewed. What are your thoughts? Would you save to get a phone that has the same specs as 100k flagships at less than half the price?