A couple of days ago, Samsung announced the Galaxy A30 and A50 had started selling in Kenya. What amazed most of us were the prices set for the devices given their really good specifications. Yesterday, in line with Samsung’s promise to bring their A-series to Kenya, Samsung announced a full set of seven A-series phones for the Kenyan market, plus their prices.

Only the Galaxy A70 and Galaxy A80 are yet to be available in the market, but Samsung said the A70 will be available before end of April, while the A80 will launch in May.

These seven new phones are divided into two tiers:

Samsung said the new series are driven by customer feedback and demand. For long this company has failed to offer very nice budget phones with good specs to compete with the devices offered by Transsion and other Chinese companies. That led to them losing market share, and this new launch is their first push in reclaiming their position. The thing is, this new push is really good. 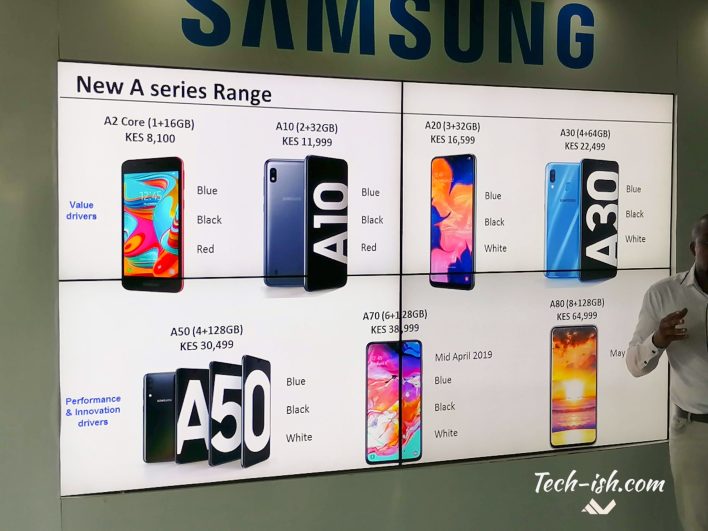 Though all devices across the board are very good value-for-money, Samsung is touting the following as being their value driven line. They compete directly with all Transsion phones, and are made to specifically help the company regain market share. 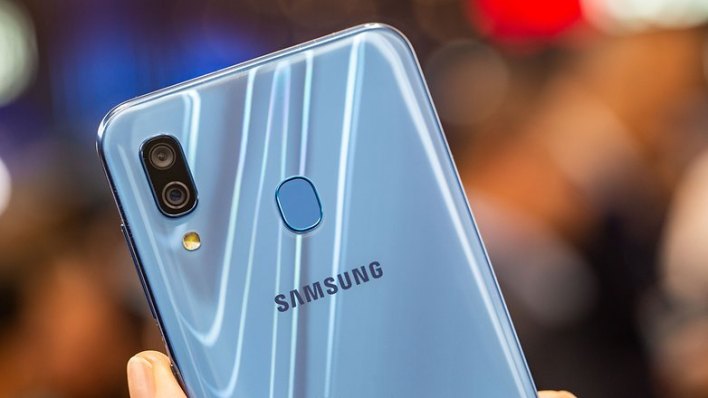 These are for everyone who loves premium flagship specs, but cannot get the S or Note series. And in some ways, they’re better value for money than the flagships would be.

So ummm, basically Samsung is back. And I cannot wait to see what Transsion do with their TECNO and Infinix line or how Huawei responds because they’ve been very actively trying to gain market share with their Y-series.

What are your thoughts on Samsung’s new approach. Do you think they stand to take over the market again? Which phone will you be getting?