Google has been relentless with regulations, and updates on the Android Platform. And the efforts have paid off numerously both in terms of user experience, and overall security of the platform. Android is now more secure thanks to these efforts. But as a big platform, there’s very many issues that need constant addressing. One of which is annoying ads.

In an effort to keep up with the tempo, Google in a blog post has announced the removal of nearly 600 apps from the Play Store for mobile ad fraud. These apps and their developers have been banned from Google’s ad monetization platforms, Google AdMob and Google Ad Manager, for violating Google’s disruptive ads policy and disallowed interstitial policy.

Google allows developers to have ads on their apps. The company, however, doesn’t allow these ads to be disruptive, annoying, malicious, or even out of context. Google also doesn’t allow these words to be served when a user isn’t on the app. These include pop up ads, lock screen ads, ads that appear to want to make users click unintentionally, and many more.

“We define disruptive ads as ads that are displayed to users in unexpected ways, including impairing or interfering with the usability of device functions. While they can occur in-app, one form of disruptive ads we’ve seen on the rise is something we call out-of-context ads, which is when malicious developers serve ads on a mobile device when the user is not actually active in their app.” – Google says.

Google should have listed the apps that have been removed so that users can uninstall them. But as usual, most of the developers whose apps have been deleted will be working on having the back up as soon as possible, while adhering to Google’s regulations.

The company has also announced it will be using machine learning to detect apps that are malicious, or serving out of context ads. We can expect a much better Android experience going forward.

“Malicious developers continue to become more savvy in deploying and masking disruptive ads, but we’ve developed new technologies of our own to protect against this behavior. We recently developed an innovative machine-learning based approach to detect when apps show out-of-context ads, which led to the enforcement we’re announcing today.” – The blog post from Google reads. 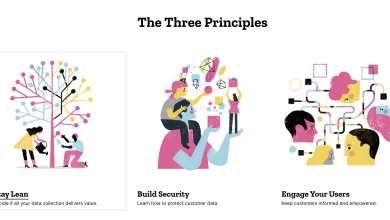