Every time Apple announces its taking what it always calls a bold step (mostly just a calculated way of making more money) to do away with something, or bring in something new, many Android manufacturers rush to have their marketing departments release trolling posts and videos mocking Apple’s decision.

We saw this when Apple removed the headphone jack. So many Android companies mocked the decision. Not even 3 years later, almost all high end makers had removed the headphone jack from their flagships. Nowadays, it is normal to not have a headphone jack on flagship Android devices. Currently, almost everyone in the Android world has launched some sort of Wireless Earbuds with some like OnePlus going all the way and literally ripping off the AirPods’ design, to the point where US Customs seized some thinking they were knockoff AirPods from China being brought in illegally.

When Apple introduced the notch design, we got a similar reaction from Android makers. Everyone went wild. Samsung literally made videos of someone with a weird hairstyle resembling the notch being mocked by people choosing to buy Samsung devices over the iPhone. And while to their credit, Samsung held back on the notch design on their flagships, only including it on some of their lower end devices, the year after the iPhone X’s release, almost ALL Android makers – from the low end to the very high end – had a notch of some sort, some that even completely resembled the iPhone’s despite not packing similar technology that necessitated the notch on the iPhone.

Some months back with the launch of the iPhone 12 Series, Apple confirmed what had been rumoured for a while: the company would going forward ship its iPhones without a charging brick. Their argument was that the 5V charger they previously shipped was everywhere, and that the move would help save the environment by not only reducing access to useless electronics people don’t use, but by also reducing the packaging size of the phone thus saving space when shipping.

Of course this is all pure nonsense because first of all the cable that came with the new iPhone 12s requires a different type of charger, not the 5V one that’s common, and secondly because Apple was also introducing a new Wireless charger called MagSafe that was to be bought separately with the requirement for a particular charging brick that is also sold separately. Meaning all Apple was doing by removing the charger from the box is opening avenues for them to make billions not only selling chargers, but also licensing third party makers.

But what did Android phone companies do? They immediately went on a trolling spree. Not even realising that their trolling was free marketing for Apple.

Now, months later as these do their math, and realise they could either save or make some good amount of money by adopting a similar strategy, they’re slowly deleing their posts, swallowing their words, and slowly preparing their customers to a world with no charging bricks.

What’s crazy especially for a company like Xiaomi is that they’ve really pushed fast-charging tech in the past few years. So how do they plan on having that tech reach more customers if they don’t include it in the box? Especially since they still don’t have that strong, and easily accessible presence in the developing world. Wouldn’t it be more hazardous to the environment to be shipping chargers, and phone in different packagings? Huh?

What of Samsung? Will they remove chargers across all their smartphones, yet they make so many different models? Would it make sense to have the A-series pack a charger while the S-series doesn’t? Is that really saving the environment? Or is it just them realising they can sell an $1000 phone without a charger, and get away with it? 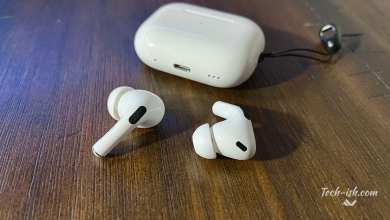 I love the 2nd Gen AirPods Pro; totally worth the money 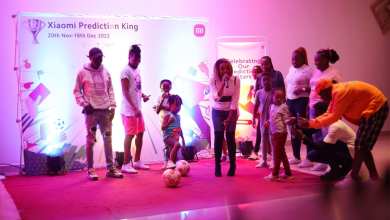