Ever since I started banking with NCBA LOOP, I’ve made it a song to tell people to join the proper digital bank. Be it on Twitter, on our podcast, physically, etc. I’m sure everyone following me can bear witness. My ‘evangelism’ of the app is why so many of my friends use LOOP. It’s why my siblings and cousins are all on the platform.

The reasons I’ve always given are:

Then some geniuses sat down and decided you know what, it’s time for a revamp. Yeah, they didn’t ask for it, but we’ll give it to them anyways. Let’s completely kill the app that has been there, and introduce something new with a whole new logo and colour scheme. Let’s add all the features ever imagined, they’ll figure it out. And best of all, let’s do it in one go.

I’ve asked myself why. I’ve been asked why. I’ve looked at screenshots from the old app and compared them to the new app, and wondered “Why?”. I’ve seen numerous conversations online of people wondering why.

How did a bank decide it made sense to completely change everything? What is the rationale? Why do it in one go? Why kill something that has worked, and even gotten better over time, for a whole new cluttered experience in the rush to have a super app?

I know it reads like a good thing: One app for everything. One app to beat them all! And that’s probably the reason LOOP rolled it all out at once. The board, or whoever oversees these things, read the new features on paper, and said, “Yeah, this is what we want! Let’s do it!”

They’ve changed the logo, the colour scheme, the way you sign in, the arrangement of things, introduced new features, and much much more. It is now one app for literally everything. Payments, purchases, harambees, digital wallet, coupons and vouchers etc.

It is a complete shift from just being a bank app. LOOP is now gunning to be everything. They’re building a digital super app to allow people – even non-account holders – to do everything from one app.

What are the new features?

You know what is crazy, there are two whole tabs – as you’ll see in point 4 under the next sub-heading – of features that don’t work! So you wonder, what the hell forced the revamp?

Anyways, here are the new features:

How should LOOP have approached the revamp? (AKA everything wrong with the new app)

(My ‘Human Computer Interaction’ lecturer should read this part LOL) Anyway, this is the only thing I’d do different:

First of all, DON’T PUSH OUT A WHOLE NEW EXPERIENCE AT ONCE. That only works when you’re a new platform seeking customers (and even then, you’ll have issues). For an existing platform, changes must be done gradually. Take time. Learn what users like, and centre them. Learn what users don’t like and push them to the back.

A good example of gradual change is the M-Pesa Super App. Everyone thinks it came out at once, because of the announcement and push once it was live. But that was not the case. Safaricom had the app in testing for many months, slowly opening it up for more testers. And while that was happening, the mySafaricom App, the USSD Code, and the good-old SIM Kit still worked. LOOP has killed one app, and brought a whole new one in the blink of a moment. That’s why very many people can’t even find the new app on app stores.

Secondly, KEEP THE CORE FUNCTIONS FRONT AND CENTRE! So yes, you’ve decided to become a super app, good for you! But what of the core functions that have given you a user base? Don’t make them inaccessible! Don’t make them require 4 new steps to reach. Don’t make users go through extra steps just to see their balances. Don’t prioritise new features over older ones. Don’t list every new thing on the homepage, forcing me to go through 3 menus for old features! Oh, this is the reason everyone hates the new app.

Thirdly, DON’T CHANGE THE NAMES OF EXISTING FEATURES! I’m tired of being tech support for everyone I’d encouraged to use LOOP. Now I’m getting texts and calls of “do you know how to do this?”, “where is this feature?”, “I can’t find my balance!”, etc. And the reason is simple: the geniuses decided apart from a whole new look, we will give certain things new names. Hello chaos!

Fourth thing, DO NOT INTRODUCE FEATURES THAT DON’T ACTUALLY WORK! The new app has three tabs: A home tab, an L tab, and an Apps tab. The L and Apps tabs don’t have anything that works right now. And they’re cluttered with things including vouchers, coupons, pharmacies, supermarkets and so much more that don’t yet work.

Number five, WORK WITH PROPER DESIGNERS! Because wueh! The fonts are off. The contrast allowing legibility of certain parts of the app is off. The intuitiveness of where to find certain features is off. Some of the icons, that would help now that certain names have been changed, are just plain weird. So you end up looking at icons and reading names and feeling even more lost. The categorisation of certain features is off, so you find one feature, for example the overdraft facility, can be accessed in so many different ways, under different names, making you even more confused. The listing of transactions is off, so you still see transactions you have not completed being listed. Certain buttons don’t change colour to show you that you can move to the next step. When doing certain transactions you can only know the fee after the transaction is done while app still says “Free”. It’s a whole mess!

You can tell that no actual LOOP customers used the app in any phase as it was being developed. Or, which is even sadder, the bank doesn’t actually understand its customers, so they think this is what will work.

Number six, PLEASE KEEP THE OLD SOCIAL MEDIA HANDLES. Honestly, don’t change your handles and make people talk to scammers just when you’ve shifted people to a new platform. The shift on Twitter has been more than confusing.

A summary of the wrong things:

A huge change is never welcome. Not a single soul appreciates dramatic shifts in things. So LOOP should expect continued backlash in the coming weeks. It could even drag on for months especially if any outages occur, of features fail to work, or people just fail to find something because of the new design.

With the negative conversation that will be there, LOOP should expect increased threats by customers on quitting. And that will discourage the uptake the app needs to have all these extra features they’ve added to actually take off.

Which is why I will again ask, why couldn’t they have done it slowly over a period of time?

What should LOOP do?

Deal with it! You want to make a product to attract everyone and you’re risking annoying current users with new features… Now deal with it. Make the new experience worthwhile.

Having the previous app continue working for bank account holders, who use LOOP as a bank and want none of the super app features would be a good place to start. But that’s a seemingly burnt bridge. Let’s wait and see.

First of all, I don’t think I can even if I wanted to. Maybe if I do it slowly over a period of months. I’ve centred my life around this one bank so much. And I want to stay. I am patient. I want to see what’s coming. I love the idea, I just hope it doesn’t kill my love for the platform. So fingers-crossed, they know what they’re doing in the long run. I just wish they kept mobile money transfers free, as it has been for a long while now.

Where are the old features?

This is a quick answer section for everyone wanting to find any of the following stuff: 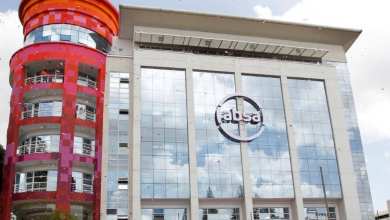