I was to write this earlier. Procrastination will be the death of some of us. I even did a post on productivity apps that help one stop procrastinating while prepping for this post. “I’ll do it later” is always my excuse. Anyway, I have finally started. Here are some things I expect to be the highlights of 2016. Read this through. Save it on Pocket. And wait for 31st December 2016 and then tell me what I got right and what I got wrong.

It is hard to predict the future. And I am not going to try and do that. This post will major on things that I expect to happen this year based on what has already been happening over the years. The post will also talk about things that are already assured as they have been planned for. I am titling this piece “2016 Tech Expectations”.

I am really excited for Facebook’s planned satellite program. Last year I wrote a post on the same detailing the plans by Facebook to beam internet from space to Africa through their internet.org program. I wondered how this would be achieved. But I somehow got answered during the Transform Africa conference in Kigali. If Facebook will be using Wi-Fi and I am right, there will be masts mounted in various places to give people access to internet. There’s a company doing this and they have huge masts that provide Wi-Fi access to people in villages and this could be Facebook’s plan. Let’s wait and see.

2015 was a good year for Artificial Intelligence. It is not that a lot of inventions or milestones were met in the field that year. Rather it is that more and more people started talking about AI and this got the ball rolling.

People started to realise that AI is the future and that talking about it will help us know how to handle what’s coming. AI will rule every sector. And I am glad Elon Musk and Sam Altman started a non-profit organisation to make sure for-profit AI ventures don’t ruin the world.

2016 is the year we will start achieving certain fetes in AI. This is the year we will be seeing more previously unthought-of applications of AI. Drones will start relying on AI. Robotics will be on another level. Space exploration will be using AI. The health and medicine sector will be high on AI. Just you wait.

Especially with the advent of gene-editing, expect some of the biggest advancements in medicine to be announced this year.

I am pretty sure the first fully autonomous car will be sold this year. Google has been making huge strides in the sector. Tesla is, as has been agreed on by very many experts, having the right approach to self-driving cars. They might shock us this year. And there are many other companies working on the same secretly or openly. Even the first iPhone jail-breaker is making news with his cheaper approach to autonomous vehicles.

This is also the year of many debates on self-driving cars. Governments will have to talk about this development. Laws and regulations will be set. There will be arguments.

I am not the first to say this. Many websites have talked about this. Big tech personalities have not been silent. BBC said this is the year VR moves from virtual to reality.

VR kits will be on sale all over the world this year. There will be a craze. Everybody will want it. And companies will make money from this.

But I have a different feeling. VR is not the future. It will be a short-lived obsession. I don’t see humans living with huge kits around their heads. It looks somehow stupid to me.

The future is something different from the current VR. Maybe holograms. Maybe something like what Jarvis looked like on Avengers age of Ultron.

Talking of holograms, a recent innovation from Japan have created a new type of hologram you can actually feel. Like you’d feel you’re interacting with a hologram through touch. This sounds eerie if you’ve watched the movie TomorrowLand when the girl is chased by a dog only to discover it is a hologram.

[bctt tweet=”Those VR kits that will be trending this year are not the future. They’re big and funny”]

Everyone agrees that conquering nanotechnology will be a very important achievement. The possibilities are wild and beyond imagination.

In medicine, this could be or is the answer to cancers. This might also be, as wild as it might sound, the solution to aging. There are factions of people that want to stop human aging.

In computing, this would lead to the smallest of computers. And more processing power. Nanotech combined with quantum physics and the power of computing is unimaginable!

I feel like in 2016 we will see great things in this sector. With the initiation of gene editing last year, I feel greater progress will be made this year.

Last year was the year of hoverboards that weren’t really hovering. This is the year of actual hoverboards. Companies will be releasing flying boards that will not be able for purchase just yet. I feel like they’ll be doing it just for fun and making money.

But 2015’s trend will not die out anytime soon. Those electric wheels will sell even more.

This year more safety measures will be announced. Exploding hoverboards will be fewer. Or maybe more in developing countries who’re yet to experience the full blown craze. However, people will continue embracing this technology for their daily commute. There will be discussions on why this is an important form of Green technology and blah blah.

Last year we saw Facebook Messenger approach messaging in a very different way: building a platform for other applications on top of itself. People wrote articles and it was described as a startup approach to messaging.

People have said WhatsApp won the messaging world, but this is still to be seen. When WhatsApp blocked Telegram links last year, they might have started a big war with my favourite messaging platform.

Suggested: WhatsApp vs Telegram; Which is the better?

In Kenya, a telco will be exiting the market. Orange Kenya will be out.

I hope that this year that the Kenyan market will open up and allow more telcos to come in so as to increase competition.

Forget Nigerian music that has been receiving lots of airplay around Africa. This is the year of Tanzanian music. So you better learn some Swahili.

Tell me what you think about 2016 and about what I have written. Are there certain things we should expect that I have left out? 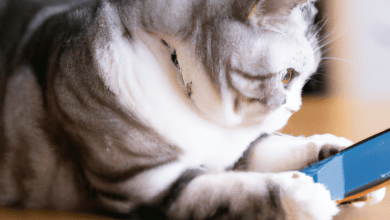