I thought of the best ways to write a unique story to share with you people about not only the success of the 5 girls from Kisumu whom under Lakehub have made global news, but also the story of sacrifice, hard work, and commitment as exhibited by many different parties. I decided the best way to write such a story was in the first person.

Thinking of it, this is kind of a report of what I have been up to these last 7 months.

Dorcas, our Community Manager and also our Inclusion and Diversity lead at Lakehub can be a total pain when she wants something done. Trust me. She’ll push you and you’ll have to do it. So she texts me one morning last year. “I need you to be a mentor when we start Technovation challenge next year”. I didn’t argue. “Say no more Dorcas.” Okay maybe I did argue and ask lots of questions. I didn’t know anything about the mentorship program. I had been busy rotting in university. So she filled me in on the same.

2017 would be the second year Lakehub would be offering the Technovation Curriculum to both primary and high schools around Kisumu and here I was getting a chance to volunteer as a mentor. Here’s our first day at Kisumu Girls in January. I was pretty clueless as I had missed all Mentor Trainings.

Okay I think a little background will make this story juicier. Technovation is a worldwide challenge that is exclusive to girls with the aim of expanding girls’ interests in tech and business. The challenge combines entrepreneurship, engineering and tech. How Lakehub decided to do the challenge is all thanks to Dorcas. She, in 2015, said to Christabel Winter (a microbiologist, and Lakehub volunteer) and Sigu Magwa (this guy does what?), “we can do this thing!” and they did it successfully in 2016. Dorcas and Winter single-handedly convinced stern and unsmiling principals to allow their girls to have mentors train them for a competition/challenge they had never heard of. That took a lot of effort and skills. Sigu (who started Lakehub’s Code9ty) on the other hand together with help from Deryl Aduda (an awesome photographer and PR guy) sought for Mentors. Sigu then trained the mentors and the challenge became part of Lakehub’s main program under Village Code. And now that the story is juicy let’s get back to session 1.

There we were with the Kisumu Girls’ team. You can see the girls are keenly listening to Dorcas do the intro. Some of the girls had been part of the challenge the previous year and were wondering where Sigu was as he’d been the one doing such kinds of intros. You can make out the row of mentors sitting on the other side of the room. Other Mentors were with other schools’ teams. These were the girls that had chosen to be part of the challenge this year. They were supposed to form teams, identify problems around the Sustainable Development Goals and the create mobile app solutions for the same.

A week later after problems had been listed and the viable ones chosen, teams were formed and mentors were assigned teams. I got the best team. They were dealing with Mental Health. Here you can see them. Trust me, we are all happy.

My team called themselves No Limit Ladies. I think the photo above was taken just after I had tried to make them understand that the team name they were choosing was essentially throwing me out of the team.

These are school girls with tight schedules. They not only give up their free time to work on the challenge, some like Violin Akoth, didn’t know anything about computers and had to be taught the very basics. But she soldiered on with her app that aimed to solve water issues in society.

Some girls dropped out in the course of the 12 week program. I remained with three girls to mentor as two saw it too exhausting to deal with form 4 work while building an app. The mentors work was to show you what was needed and then to leave you. These girls, individually and collectively, outdid themselves.

Having a lot of girls interested in the challenge (and from different schools) meant Lakehub needed one critical thing: mentors!

I remember I was constantly amazed at how all these professionals, and university students were offering their time and money to mentor high school and primary kids without pay all for the dream of seeing the Girl Child’s interest in tech expanded. How good are these people? And how lucky are these girls!

No one paid or forced the mentors to do anything.

Determination and Sacrifice underlined both the mentors’ and the girls’ commitment to the challenge. I was constantly amazed by the fact that both mentors and participants were part of the challenge for the fun of it. Yes there was pressure on the girls to do their best, and for the mentors to constantly monitor the girls’ progress and make sure they were doing the required and meeting the deadlines, but the constant thrill was in the fun of it all; in the idea that a team of students could come together, build great and working solutions to real life problems.

The day to the deadline for online submissions, mentors like Peter, Dorcas, Winter, Wycliffe, Denis, Carol, Sheila and many others were up till wee hours of the morning trying to make sure everything needed was submitted. Nobody was paying anyone. No one was forcing anyone and yet here they were braving mosquitoes and terrible weather to ensure successful team submissions.

Then came the regional pitch. All the teams would now gather at Lakehub and pitch their idea and solution to a panel of judges. None of these girls was even 18 years old. Some even as young as 12. Yet here they were with working mobile apps, and business plans ready to impress judges. Their faces betrayed their tension and fear. Even through their smiles one could tell that they really valued their effort and wanted to be the best.

Teams presented and the best three were announced. I really congratulated my team. They had done so well and were part of the best three. Now they awaited the other judges online to know which teams made it to the finals.

Oh and there’s this kick-ass picture I took after the regional pitch featuring some big people in the African tech ecosystem: 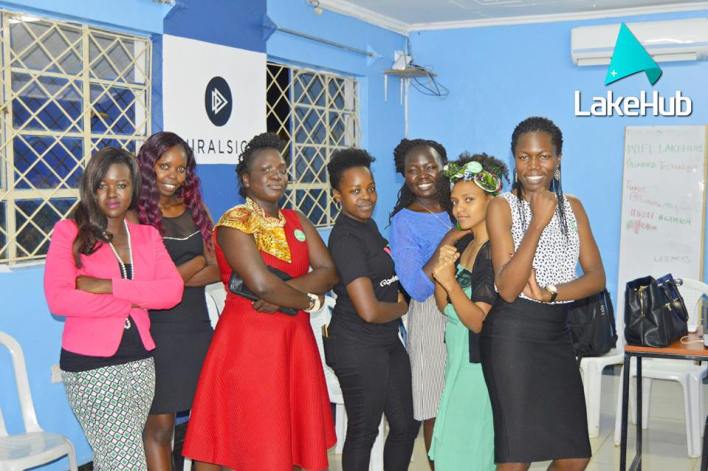 Weeks later Dorcas’s team that was dealing with Female Genital Mutilation was announced as the only African team to make it to the finals. The team had won themselves $10000 to further their venture and make real their dream to end FGM. When the email arrived announcing them as finalists, I was in Nairobi. I had just traveled, then I get the call that the whole Lakehub team went to Kisumu Girls to celebrate the good news with the girls. Here I was 450km away missing out and feeling so bad. Yeah, I took the next bus home…

It has been a long journey with them ever since they were announced finalists. A journey Dorcas, Christabel and I know so well. Here we are one day (night actually) taking a selfie after our almost daily meetings with the girls to make sure they had polished everything.

We have spent long hours in government offices waiting for letters, passports, approvals and even in some cases birth certificates. It seemed impossible at first but everything in the end added up. The parents took the news positively and did everything they could to make things work. Great parents!

Here was the first week at Huduma Centre Kisumu. No girl had a passport.

Here’s the county government of Kisumu’s attempt at re-election when they brought the girls bread and trophies.

Here’s the girls first interview will The Standard and The Star, local media.

The story of these 5 went viral worldwide. They’ve been featured on: the BBC, Reuters, Mashable, CNN, Guardian and many other world publications. They’ve been so many interviews with so many news agencies I can’t list everything here. Still, they have so many more interviews lined up.

Here’s a pic from their photo-shoot for Teen Vogue 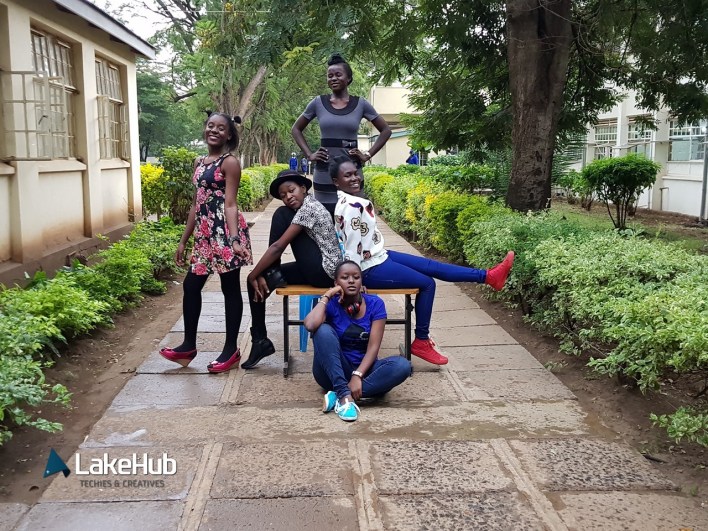 Here’s them meeting with the President in Kakamega: 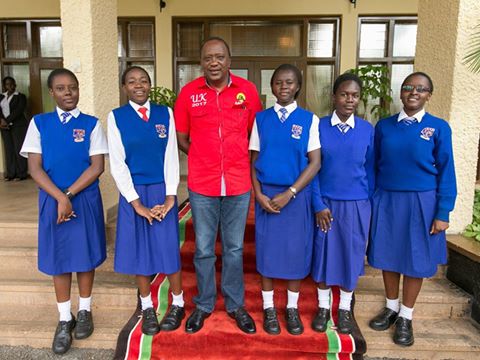 The accidental meeting with the President: It had been almost 4 days of camping at the Ministry of Education, Jogoo House looking for an approval letter from the PS Education for the girls to travel. We were frustrated and the Lakehub online gurus (digital noisemakers) decided to make noise. Sigu, Winnie Rabera, Boniface and so many others decided the plight of the girls had to be heard and somehow the President got interested and requested to meet the girls. The girls were so excited they forgot the stresses they had of missing several exams.

Here’s another kick-ass photo I took when we were informed that photos would be needed for various interviews and gifts for the girls: 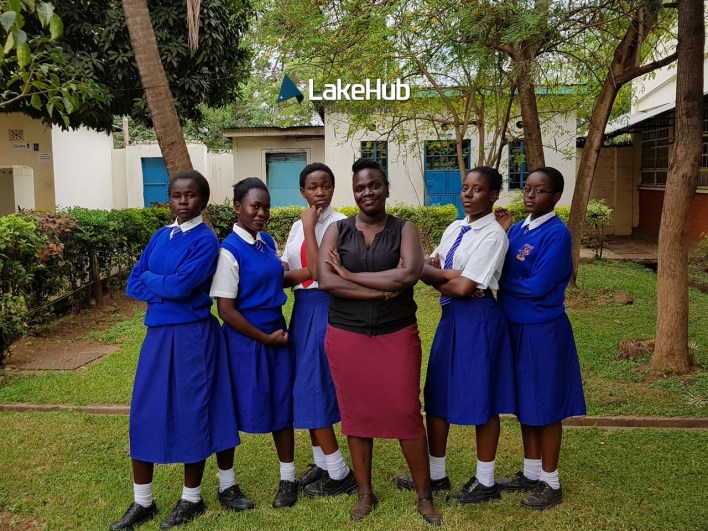 Here’s a very serious session that I was obviously interrupting

Here they are over at Google Kenya, Nairobi

Here’s the last day before departure from JKIA. 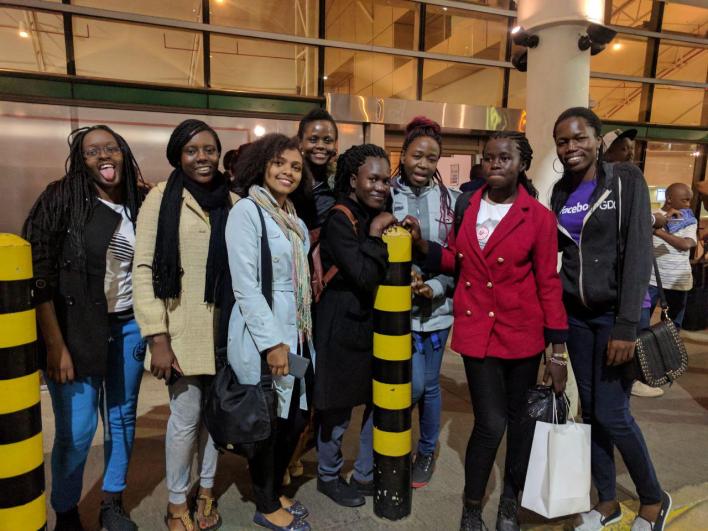 Team Restorers as I had loved calling them on Social Media have big dreams. Two are clearing high school in the next few months, two have one more year, and one has two years to go.

Interestingly, they all want to pursue STEM courses in university. They each know and sound pretty sure about what they want to become. Only one wants to be a Doctor. The rest want to pursue courses in Computer Science and Software Engineering. Well, they’re all coders right now when you think of it! Get ready for these girls!

During the 12 week program, Technovation asked the mentors to share their stories. You can read some of the Mentors takes on the Village Code Blog. I remember editing and posting stories from different mentors and being amazed by how the program had attracted people from different fields. And here they were, here we all were, marveling at (as Doctor James Baker put it in his Mentor story) the enthusiasm and energy shown by the girls who were totally self motivated and self driven.

I particularly loved how one of the Mentors, Mumbe Mwangangi, concluded her story saying, “The future of Women in Tech is bright!”

Facebook Watch will replace TV as we know it

Everybody is all of a sudden using Sarahah, an anonymous messaging platform