Social media is crazy. The latest craze, and trending topic on Twitter is Sarahah, an anonymous messaging platform that let’s you send messages to anyone without them knowing who sent what.

This isn’t the first time an app comes out of nowhere and takes the whole world by storm. You’ll all remember Flappy Bird – the crazy tough game, Yo! – the app that did nothing but say “yo!” and recently Prisma – the app that uses AI to make art from normal photos.

Sarahah is an Arabic word that means “honesty”. According to The Telegraph, Sarahah was started as a feedback tool for workplaces. It however exploded when teenagers started using it on Snapchat.

Sarahah already enjoys over 5 Million downloads on Google Play Store and is apparently beating Instagram on the App Store. It was released back in June

With anonymity, one can say the app is opening up channels for cyber bullying. But the creator, @ZainAlabdin878 has added features that allow you to block people sending you bad messages, of course without revealing their identity. 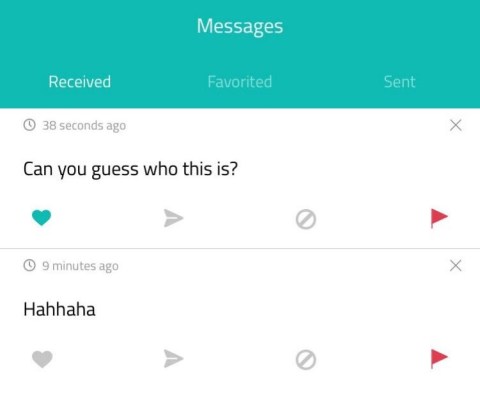 This isn’t the first anonymous messaging app to blow up. You might have heard of YikYak. They failed because the focused on making the interactions more public. Sarahah is focused on messaging and that’s why you won’t find anything on someone’s profile unless they share it.

Check out Sarahah on Google Play Store. Send anonymous messages to dicksonotieno.sarahah.com. And share your thoughts on this app.