TECNO has today launched two new phones to their Camon line up: the Camon X and the Camon X Pro. The phones looks strikingly similar, and like the Camon CX, and CX Air, they can easily be confused.

Apart from that, TECNO have also announced an F-series of new affordable smartphones running Android Oreo GO Edition out of the box. So in total, here are TECNO’s new phones: 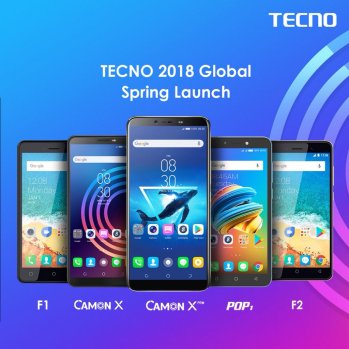