Full disclaimer: these are my thoughts from a few minutes of interaction with the new Huawei Y5 Prime for 2018. This isn’t a full review. And as such the post will touch on many different things.

Huawei yesterday announced the new Y5 Prime and the thing that stood out for me were that for the specs, the device costs only Ksh. 9,999. If you don’t know the device’s specs here you go: 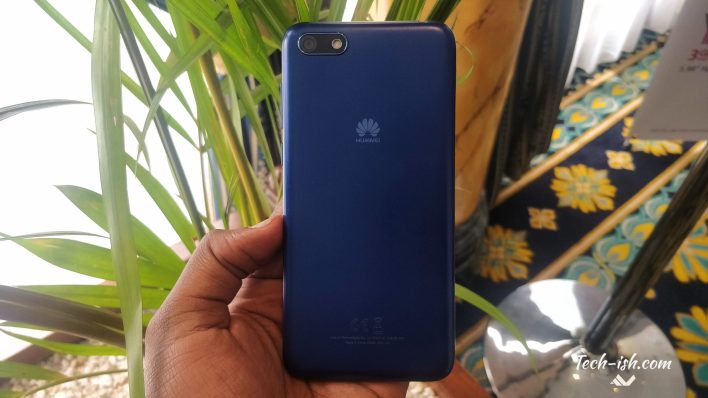 During the launch, Huawei compared the device to the Infinix Hot 6 (cheapest variant) and the TECNO Spark 2 which both cost about the same price. The difference Huawei highlighted is you’re getting 2GB RAM at a price point where both TECNO and Infinix are giving you only 1GB RAM. Which to be honest is quite a good deal.

With the 2018 model, Huawei revamped the design. It is like a smaller version of the Huawei Y7 Prime 2018. There’s the 2018 18:9 Aspect ratio though the bezels are quite big. It is quite small when you hold it. Good news for people who love such sizes. Bad news for people who want a big display. It is a plastic finish, but this is unibody, so everything is non-removable. 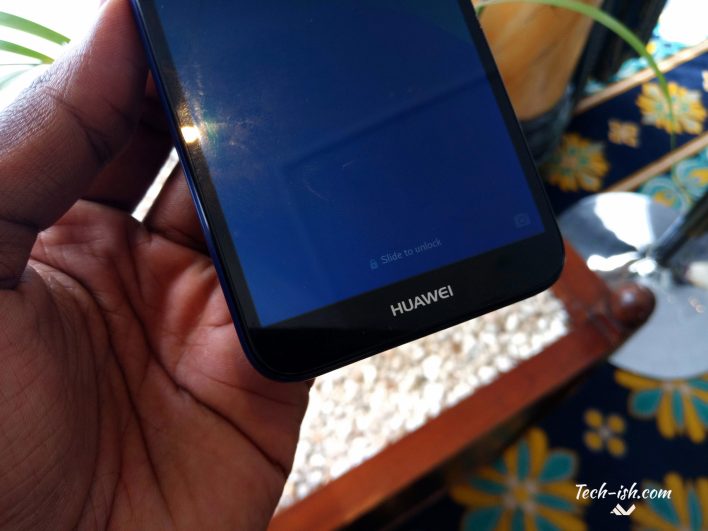 Talking of the display, I must still complain about Huawei’s displays. It is a 720p panel and so are both displays on the Spark 2 and Hot 6. But there’s this lack of pop that you get with the latter devices. I said this with the Huawei Y7 Prime 2018, and such is the case with the Y5. However there’s more Pixels Per Inch on this display than on both the other devices as it is a smaller screen at same resolution.

At the bottom there’s a Micro-USB charging port. I can’t complain because at 10k, we can’t be getting USB type-C this year. Maybe next year. What I noticed is there’s no speaker grill, back or bottom. Don’t expect the best of audio experience (because this is a unibody phone), which isn’t an issue unless you use your phone speaker frequently. The headphone jack is at the top of the device. So obviously, I have issues as I prefer it being at the bottom. 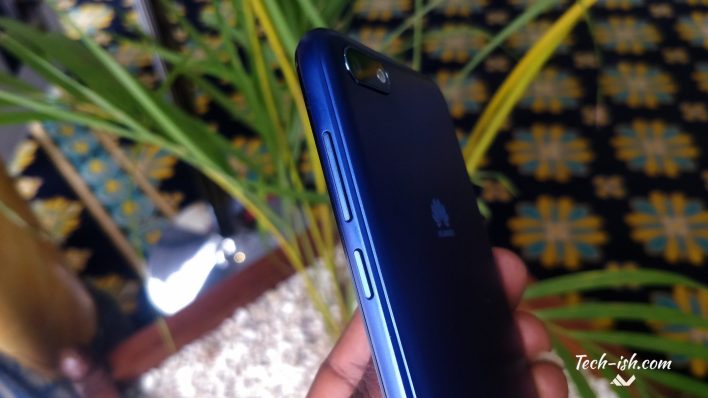 On one of the sides there’s the SIM tray with Dual SIM slots and a Micro-SD card slot. There’s support for up to 256GB internal storage, so if at all you have a really huge card, it’ll work on this phone. The other side has the volume and power buttons.

There’s a 3020mAh battery which I am expecting assures you of close to 2 days on light use. And approximately 7 to 8hrs of screen on time (WiFi). This is based on my review of the Y7 Prime 2018 which has a 3000mAh battery. But remember the Y7 has a Snapdragon processor compared to the Mediatek one on this device and this difference may affect battery. 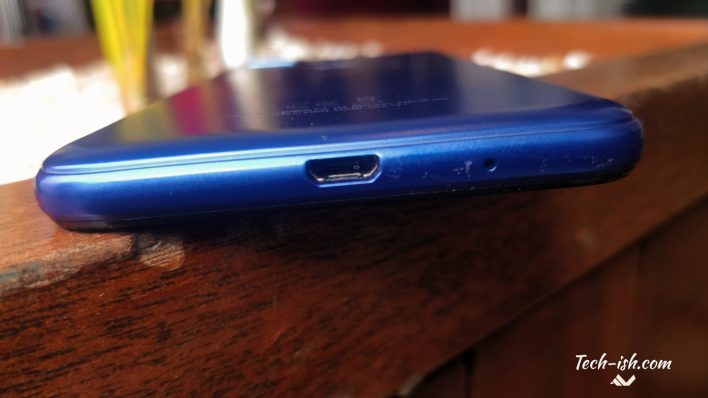 There’s no Fingerprint scanner, and I know for many people that will make them change their minds about the device. But there’s Face Unlock. It uses the front 5MP camera. On the Y7 Prime it worked okay, but there was also a fingerprint scanner for when in low light, or for when it failed, like it sometimes does.

Okay, both the Spark 2 and the Hot 6 have a fingerprint scanner. And both have Face Unlock. They are also built better and have more appealing designs for me than the Y5 Prime. They have better cameras, and remember the Hot 6 has a dual 13MP+2MP setup (like on the Y7 Prime). But the Y5 Prime would still, for many, feel like a better deal because of that 2GB RAM, which on paper means better performance. 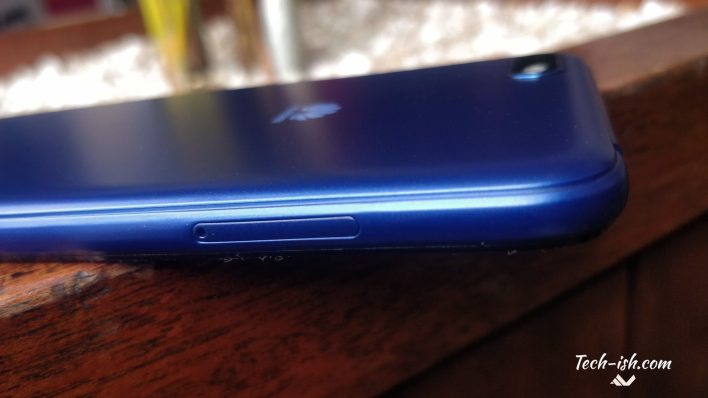 But I’ve not been lucky to get the Y5 Prime to test performance. So, I can’t be conclusive on whether the it performs better than the Spark 2 (which remember is part of Google’s Android Go program, and I’ve called it the best Android Go phone) and the Hot 6. Still, it is good to see Huawei join the competition for affordable smartphones. It has been long since there has been competition for Ksh. 10,000 devices.

Samsung will soon join in with their Android Go devices expected later in the year.

Get it from Jumia