This is the best budget phone. If that’s what you wanted to read, then you can go ahead and order one from Jumia where it is Ksh. 9299. There’s a 32GB internal storage version that’s 11k, and that’s the one you should go with! If you want to understand why I am confident saying this is the best, then read on to the end, I promise I will explain. But first, if you don’t know the specs of the device, here’s a quick reminder:

The packaging (as shown above) may appear big because it is a photo and perspectives can be deceiving. What you should expect is a small box. This is a small phone at 5.45 inches. And the packaging will remind you before you even see the device.

When you open the box, this is what you’ll find inside: 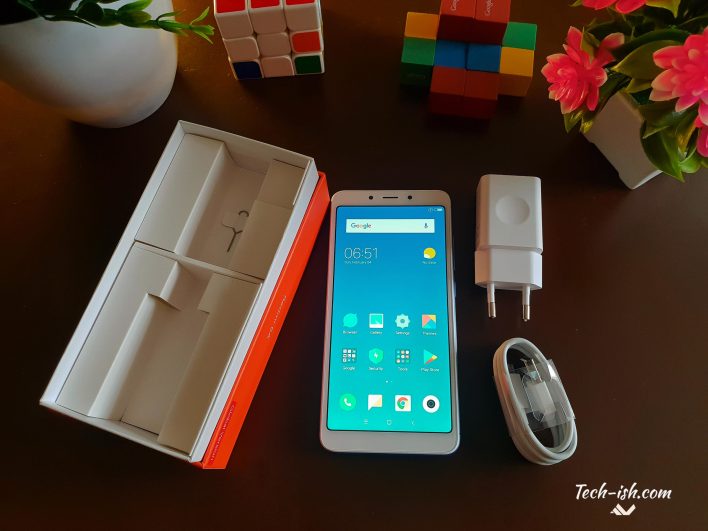 You can watch my unboxing and first thoughts (remember to subscribe):

There’s no earphones. I wonder why. But with the specs one is getting, and in a bid to cut price, I don’t see a problem with not getting earphones. Also, this is my second Xiaomi device and maybe they just never have earphones included in the box.

The device has a plastic finish. But you wouldn’t know from just looking. You also won’t mind it once you hold the phone. Because it is so well done. The design is good, the finish is perfect. Nothing here is compromised because it is a cheap device, no. With the reduced bezels, it will feel like a really tiny device, but 5.45 inches is totally usable. Unless you totally love big phones, then this isn’t for you. 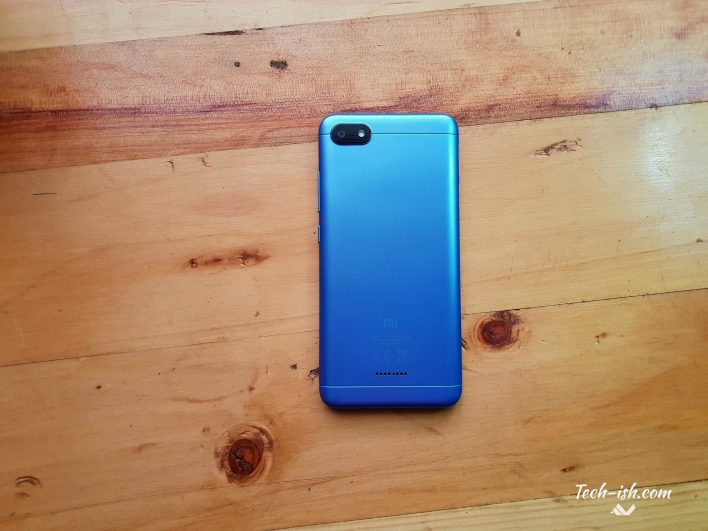 The display is a 720p panel. And you will like it. At this price point, no one has given us a 1080p panel. But here you’re getting a great display. Remember many devices, some up to 18k, still come with 720p panels. Also, being that it is a relatively small display, it means you’re getting more pixels per inch. In terms of viewing angles, and colour reproduction, one can’t complain.

The 3000mAh battery may feel small in an era where everyone has a 4000mAh battery phone. But it is sufficient for the device. Being a small phone with a low power processor, you can get close to two days on normal use. There’s no fast charging but that’s not a big issue as in about 1.7hrs you will have charged it to 100%.

This is my second interaction with a Xiaomi device. And if you’ve read my previous review of the Redmi Note 5, you know that I really love MIUI, Xiaomi’s User Interface on top of Android. The skin is not only well thought out, it is also really good on battery, as people have realised with the Xiaomi Mi A2 compared to the Xiaomi Mi 6X which are the exact devices with different skins; the A2 running stock Android while the 6X running MIUI. The A2 has considerably worse battery life compared to the 6X. That explains why the 3000mAh battery on this device will do you a full day on normal social media, video and music usage.

While still on MIUI, this phone has MIUI version 9.6 on top on Android 8.1 Oreo. And everything I love about MIUI is present here. You can completely switch off the navigation bar and rely on the handy gestures (and that’s what I’ve done). You should read my take on MIUI as that will give you the best look into the software on this phone.

I first heard of the Helio A22 processor from this device. Mediatek say it is good for camera processing and other things. But my favourite thing about the processor is that it supports Dual 4G (Dual VoLTE). Meaning in a future where there are 4G only carriers, you can be sure your device can handle two of such SIM cards. Currently, it means switching between Safaricom 4G, Airtel 4G or Telkom 4G internet is instantaneous.

Also, the processor carries through every task so smoothly you’d forget this is a sub-10k device. And that’s why I call this the best budget phone in the market right now.

Okay, the thing about phones below 10k is there’s always a lot of compromise. Think TECNO Spark 2. It is the best Android Go phone period. But being Android Go means 1GB RAM. And 1GB RAM is totally a no no in 2018. Think Infinix Smart 2, Infinix Hot 6. Both 1GB RAM. Yes, they all have a fingerprint scanner, even face unlock, but when performance takes a hit, it is better doing away with the scanners and having a better performing device with more RAM.

One can argue some of the listed devices above even have bigger batteries. But we’ve established, the 3000mAh is sufficient for close to two days. So that’s not an issue.

Now now, I know you’ll be asking why the Redmi 6A and not the Huawei Y5 Prime 2018? They’re pretty much the same devices in specs! Well, if you’ve read all my Huawei reviews, you know I dislike their displays. That is still the case here. The Redmi 6A has a better display than the Y5. Also, remember in paragraph one I said there’s a 32GB Storage variant that’s about 11k? Yes, that’s the option you should get. Huawei doesn’t offer a variant in the Kenyan market with 32GB internal storage. I also prefer MIUI over Huawei’s EMUI. The Huawei however has Face Unlock, which is lacking or is yet to arrive on the Redmi 6A.

I’ve been testing the 16GB storage variant. And I have no complaints whatsoever. Yes there are some lags sometimes. Yes the cameras aren’t the best. But the performance is good and that contributes to a good experience. 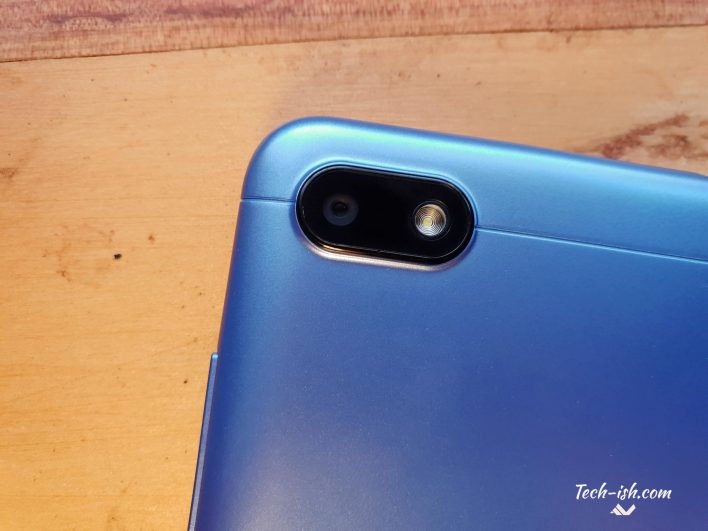 I am hoping we will be seeing more well spec’d and well priced devices in the coming days. It is kind of funny that the devices once believed to offer value for money under 10k are now the ones being beaten at their own game. How come TECNO and Infinix don’t have the best under 10k anymore?

Given a choice personally, between the Huawei Y5 Prime 2018 and the Xiaomi Redmi 6A, I will be more confident choosing the Redmi 6A, and that’s why for me, this is the best budget option.

Get it from Jumia