Competition is high right now for phones ranging between 11k and 16k. Everyone wants a share of this budget segment from Infinix to Samsung. And a couple of choices people keep asking about is which one they should get between the new Huawei Y6 Prime or the TECNO Spark 3 PRO. And for me, after using both for a couple of weeks, my take is I would take the Spark 3 Pro over they Y6 Prime. And for a couple of reasons:

Check out the Spark 3 Pro review and scroll down to the Gallery of photos taken using that camera. They’re good. They’re really good. Transsion has managed to get a pleasing camera science that I am yet to see Huawei push to their low end phones (they have really good cameras on high end phones, not yet on low-ends). 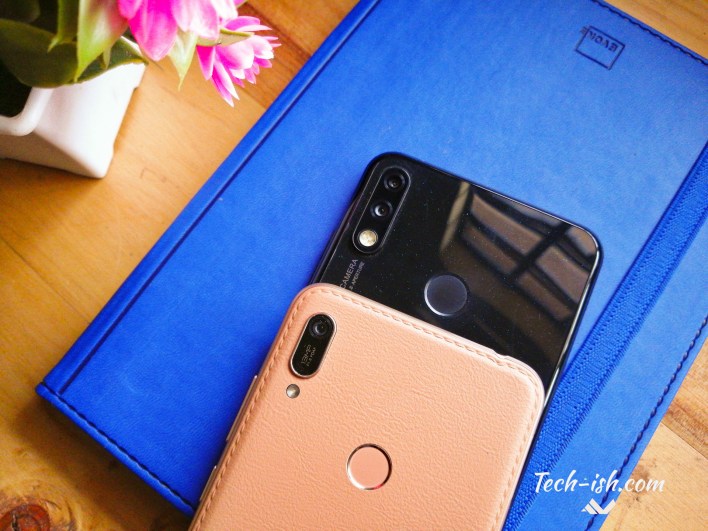 The Spark 3 Pro has a dual setup – both lenses play an important role in the camera output. The portrait mode is what I really really like on the Spark 3 Pro. The Huawei Y6 Prime with its single lens doesn’t have portrait mode. They didn’t even try implementing this feature using j software.

The Spark 3 Pro comes with the same exact processor, same RAM and Storage with the Huawei Y6 Prime 2019. But TECNO packs a 3500mAh battery on their device while Huawei decided on a 3020mAh battery. Given the Helio A22 is really good with battery, you’ll be getting good battery life on both phones. Only that TECNO’s bigger battery will ensure sometimes over 8hrs screen-on time. 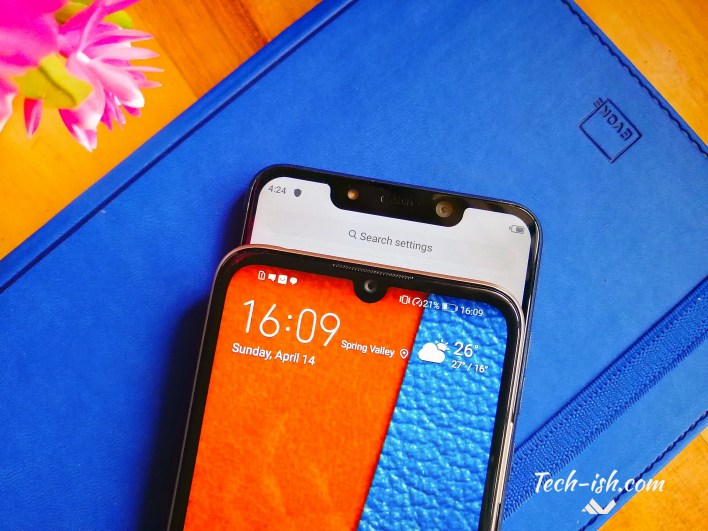 I like the display on the Spark 3 Pro better than Huawei’s. But I love Y6’s implementation of a notch more. Transsion is yet to do a notch that fits well with apps. There’s always a gap in there that looks bad for people who love everything being in line. The notch on the Spark 3 Pro is big, and annoying because you won’t be able to see all notifications. On the Y6 you’ll see everything.

Both have the same RAM and Processor, but Spark 3 Pro manages to keep more apps in memory. I said in my Y6 Prime review I wish they added an extra gig of RAM to ensure apps didn’t always have to relaunch when perforiming even the simplest of tasks. The Spark 3 Pro manages to keep a couple of apps in memory though, and you don’t feel the long lags you will get on the Y6. I don’t understand how this is possible given both have the same specs. But on this front only does TECNO’s software amaze me. 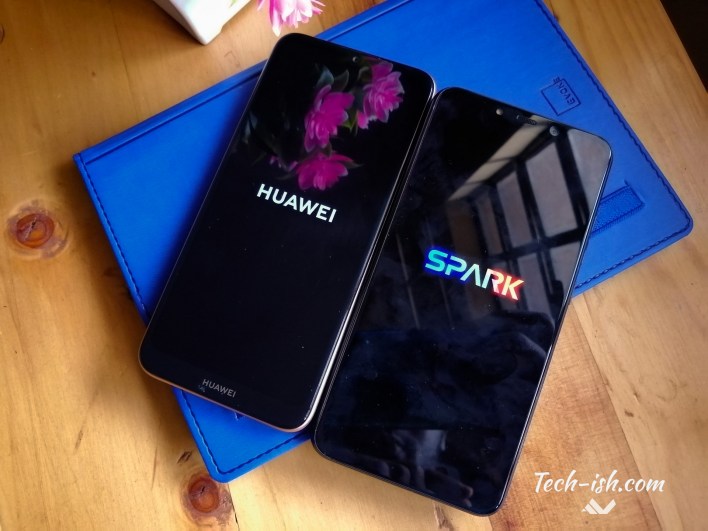 TECNO has bad stuff with HiOS in terms of ads. Huawei’s EMUI although dated is better for me not only because it has many things built-in, but also because there’s no ads. Transsion should work on fixing their problems with ads and bloatware. Though if you have the phone and are looking for a way to block these ads, just delete/disable all apps you don’t know of, and use another launcher, not HiOS launcher then block all it’s permissions, including notifications.

I like that both HiOS and EMUI have decided to use stock Android Messages. I hated the messages app on previous HiOS versions. The Spark 3 Pro doesn’t have a Gallery and instead there’s only Google photos. I like this choice, but it may be something bad for some of you. Both have Face Unlock and both rely on the single cameras at the front. Both are not very secure, and if this is something you like know that if someone really wanted to unlock your phone they can. But they’re not easy to fool though. You should use the Fingerprint scanners on both. They’re really fast.

Both charge slowly. And you can expect the Spark 3 Pro to take longer to charge because of it’s larger battery.

I really like the speakers on the Y6 Prime. They’re loud, clear and have some punch of bass that the Spark 3 Pro doesn’t.

When the Spark 3 Pro was first announced, I realised what TECNO was doing was simple: they wanted to under-cut Huawei’s device. And they have managed to offer the same specs, better performance and better cameras than the Huawei Y6 Prime. Given these phones are pretty much almost similarly priced, difference being 1000 shillings, it is easy to see why more people may prefer getting the TECNO over the Huawei.

Read my full reviews and then check the specs comparison down below between the Infinix Hot 7, TECNO Spark 3 Pro and Huawei Y6 Prime 2019.