I think we all get annoyed while in a supermarket standing in line to checkout, and the people in front take forever when paying with M-Pesa. Some take forever to key in the Pay Bill/Till Numbers. Some say they can’t see the numbers well. Others miss certain keys. And others accidentally cancel transactions, so they have to repeat the process.

QuePay thinks they can sort out most of these issues with a simple approach. Generating QR codes for transactions so that all a customer needs to do is scan the code, enter the PIN, and be on their way.

They already have two apps on the Play Store: QuePay-customer and QuePay-teller. And everything is free to setup. So if this is an idea that fascinates you and you want it for your business, reach out to them for details on how to set up everything with your Till/Pay Bill number.

Quick background to the idea:

Veno Limited, the company behind QuePay has been integrating the M-Pesa API for websites, apps and other systems that want to accept M-Pesa payments.

The idea for QR codes arose as a way of making checkouts faster with M-Pesa especially on websites. So that, instead of requiring customers to key in stuff themselves so as to get that STK push where they can enter their PIN, all they need to do is scan the code that’ll appear.

With that premise, QuePay believes an integration with Points of Sale systems will give businesses a simpler and faster way for their customers to checkout. And since this isn’t a solution they are charging for, they hope to see more businesses or individuals take it up so as to gauge if adoption from customer side will be good.

So how does everything work exactly?

Where does this idea work best?

The best implementation for this idea goes back to paragraph one. In supermarkets. Or other companies that have a similar structure.

Say you’re a big supermarket. If you sign up on QuePay, you get to give them your Till/Pay Bill numbers and other data provided by Safaricom. You then get to set up multiple branches on the app. So, for example, you can add in 3 branches in Nairobi, 2 in Kisumu etc. You can then add in multiple cashiers to the app, and assign each cashier to different branches. For example, you can have 10 cashiers at one branch in Kisumu, 5 cashiers at a branch in Nairobi etc. Each cashier can then have the QuePay Teller app and initiate or accept M-Pesa payments that will all be received directly to your Till/Pay bill number.

So with one simple approach, you will have solved how to accept payments directly from anywhere to one point. And you will not need any sophisticated equipment or software to handle all this. You will also still receive all your transactions codes and be able to document everything.

If you remember, I was pretty excited for M-Pesa 1Tap when Safaricom introduced the idea. It didn’t take off though. And if you understand both concepts, you can obviously see the similarities. Instead of tapping with an NFC card or watch, with QuePay you scan with your phone. In both cases, you still have to enter your PIN. The only new thing is that QuePay introduces an app for scanning. And how many people want to install a whole new app to their phone just for M-Pesa?

Safaricom already has a pretty comprehensive app on the Play Store. When speaking with makers of QuePay, one of my first questions to them was their thoughts on what happens if Safaricom goes ahead and integrates the whole idea to their mySafaricom app?

See, the mySafaricom App already has QR codes. The only difference is that all it does is scan a QR code on a Till/Pay Bill number poster and insert that number. It doesn’t include the amount, and it doesn’t send you directly to checkout. But what if they build that into the app? What happens to QuePay.

Well, they could do that, and QuePay’s idea will have gone like that. But Victor from QuePay argues that this won’t be Safaricom’s priority. Especially with Point of Sale services. He also says this isn’t a product they’re out here investing resources to push adoption. Rather, it is a test to see if it is something that can take off. So for now, they will give it out for free, and integrate it for businesses that want it. And see how things go in future.

Also, given how M-Pesa 1Tap didn’t really work out, I see a big challenge for QuePay to get people, especially people who don’t read about tech news, to try it out. For most people, M-Pesa just works and they don’t care about anything new. They don’t care about privacy, reading out loud their numbers in public places, or having faster checkouts. They don’t care about the coolness of an idea, and will probably never be bothered to launch an app to scan a QR Code even if it weren’t an M-Pesa QR. (For example, how many of you have scanned the QR code on the top image of this article?)

On the side of supermarkets and businesses, I don’t think Safaricom can design a teller side app so that the official mySafaricom app could people to do what QuePay is promising. Maybe they could, but I don’t see them doing it. Maybe the could partner with QuePay for integration to the official app, but I don’t think they will ever do that. Which means QuePay’s quest to make M-Pesa checkouts faster in business premises could also hit a dead end. This is the best part about QuePay, and sadly this could be the thing we never see become a norm.

On websites checkouts, I still feel the normal usual STK push that we’ve been seeing works just fine. I don’t think having a QR code on a shopping website saves any time, or solves any privacy issues. The company will still get my personal number, and the QR code will only be an unnecessary hassle.

I like that the company is giving out the solution as a free ‘sample’ so as to gauge interest, re-work a couple of things, and see if it something that could take off. That way, all businesses that are interested can get to try it, and tell their customers about it.
I want to be wrong about this idea not taking off. I like it. What are your thoughts?

You can find both the teller and customer app on the Google Play Store. You can also reach out to Veno Limited at info@veno.co.ke, or at quepayapp@gmail.com 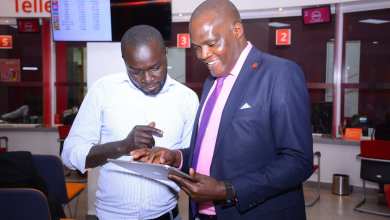