If you’ve watched the realme 7i review video, this article covers the exact same things, watch it to see camera samples:

Right now, at any budget you will find a really good phone that does the basics very well. And the basics are simple: Good battery life, Okay performance for the usual social media use, Decent enough screen, and Okay cameras. This is true for a huge number of phones in the budget segment. That’s why if you’re looking for a new phone to buy, you probably are having a hard time choosing one.

Companies are trying very hard to get you to buy from them and not from a competitor. Since there’s little they can add in the same budget segment, we are now seeing features that have been a preserve of very high-end phones making their way to budget phones.

Who thought there’d come a day when a 64MP camera would be on sub-30k phones? Or on sub 20k phones? Who though there’d be a time a 90Hz refresh rate panel would be on a phone that costs less than headphones?

realme has introduced to the Kenyan market two new devices, the realme C12 that costs KES. 15000 and the realme 7i whose 8GB RAM and 128GB Storage model costs KES. 25,000. Let’s talk about the 7i for this article.

I like how realme devices come in a striking yellow box. This is my 3rd realme device, and this presentation always stands out. As usual you’re welcomed to the realme world, and you get the usual stuff: manuals, a silicon case, the phone itself, the 18W fast charger, and USB type-C cable.

While some manufactures are doing away with chargers in the name of saving the environment, only to sell you the charger at a higher price, I love that Andoid makers like realme, OPPO, and others are shipping out even faster chargers than before. I just wish the charging brick supported only type-C to type-C cables like with Samsung devices.

I am glad realme knows that type-C is the future. Also, I have never mentioned this, but this is a cable that will last long. It isn’t weak like other cables from other manufactures which wear out in less than 6 months.

For KES. 25,000, there’s a lot I expect as a user. I expect a really good display for one. It has to be full HD and bright enough, well calibrated, and beautiful to look at and consume content from. The realme 7i fails on one of these things: it is not Full HD. And there’s no excuse I can make for them here.

However, the display has a lot of positives going for it. For one, it looks really good, and you won’t know it is not FULL HD until you check, or you watch a YouTube video and realise it won’t go past 720p. It achieves the standard brightness of most panels in this price range, which means, outdoors, it won’t be hard to use it, but you will need to push the brightness high.

The second positive is something most Kenyans I fear won’t really care about, but something that makes a huge difference in how smooth the phone feels to use. This is the first under 25k phone with a 90Hz panel.

There’s no way for me to show you this is in video. The only way to experience the difference is to use a 60hz screen next to a 90hz one. You will see just how smooth the 90hz panel feels. Touch feels instantaneous, and animations are butter smooth. It is very visually appealing in a way that makes you hate other screens you may have. And this is something not many phones have – including some very high-end ones.

That realme manages to have the feature on a low-end device speaks volumes on what the company is aiming for.

I want you to actually try out the device in a shop to see what I am talking about.

This is a generic boring design. That’s the best I can say. I mean yes it looks good, and yes the colors reflect themselves in a nice way, and yes it looks like glass despite being plastic, but it is the same design we’ve seen on many devices this year.

I am not saying that as a bad thing. I just want to see new concepts, even though to be honest I have nothing in mind that could have been done to change the looks of the phone.

What you should know is:

What do you think of the design? Tell me down below.

But numbers aren’t always the thing that makes cameras stand out. A couple of other things like software play an even bigger role in quality of output.

Realme being a company that broke off from OPPO uses the same software I believe for the cameras. That’s why for the front cameras, you will notice there’s a lot of smoothening happening. I know many people don’t like this feature and I hope realme fixes this soonest. You will also notice that the front camera portrait mode pics aren’t all that appealing, though for some, this is the aesthetic they may be after.

For the rear cameras, the 64MP camera is quite good. However, highlights tend to be overdone sometimes, and there’s some very aggressive processing on things like clouds, and grass. But all in all, you can take quite good pictures, and at this budget complaining about the quality I am seeing will be over-stretching. What I found weird is the lack of 4K recording which I thought would be possible since it is a 64MP sensor with a Snapdragon 662 processor.

The ultra-wide camera is not good so you won’t use it a lot, same for the macro camera.

I like that realme has included an easy way to quickly edit a video you’ve taken by either increasing or reducing playback speed, or trimming it. I hope they can add in more features to enable people who want such devices for vlogging be able to quickly make a video from the device.

Talking of software features, let me now address the thing I love most about the realme 7i.

I really dislike having to delete bloatware, then disable apps I will never use, then download my trusted Google Apps every time I get a new device. I am sure everyone feels the same about this. And this is where the realme 7i really stands out from previous realme devices I’ve used. There’s now the proper embracing of Google Apps by having them as the default apps for the important tasks

This is the look I want to see everytime I get a new Android phone. Clean and easy to navigate without shouting ads, unwanted app suggestions and other noise we see from Transsion devices. I now hope that realme will commit to sending out updates as regularly as possible.

Realme hasn’t as yet shared with me details on pricing of the 4GB RAM, 64GB model. But I am guessing it will be around KES. 16,000. And for that it will be a killer deal still.

The model I have is the 8GB RAM with 128GB storage. And I cannot start explaining what sort of performance you should expect. I am sure all of you know what to expect given there’s a Snapdragon 662 processor.

This phones feels much faster, much smoother than the OPPO A93 whose review is also dropping immediately after this, thanks to the 90hz panel.

Chenze from Android Kenya got close to 5hrs of screen-on time with 27% remaining after 1 day and 19hrs on a single-charge. That’s really good.

On my part, from the first day of use where I charged it up to 85%, I ended the day with 41% after using it on a little of social media, and a lot of camera testing.

So you can expect great battery life, and fast charging thanks to the 18W brick included.

I’ve called very many devices good this year. If asked for the best under 25k, I know I will have a hard time deciding on a device. However, I know if I am to make a list of some of the best under 25k, this device will be among the top solely because of three things:

If you get this device, you will love the cleaner UI, the smoothness of using it, and the way it handles everything you throw at it with ease. You will probably not love the cameras as much however, depending on what things you want to do with it.

realme 7i Specifications and Price in Kenya:

The main standout feature is performance and battery life. 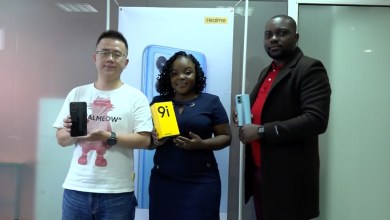 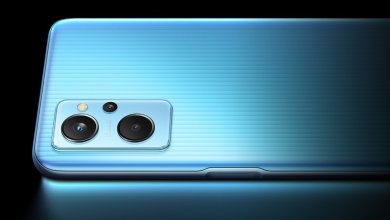 Realme 9i Specifications and Price in Kenya

Realme 9i with 50MP camera, Snapdragon 680 launching in Kenya soon 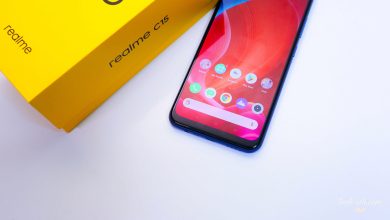 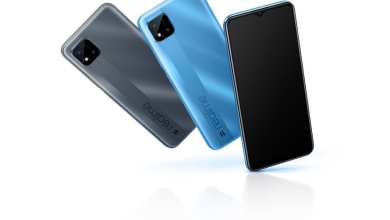