I really loved the Infinix Hot Note X551 (plus I really broke that phone’s screen haha). Now that it has been updated to run Android 5.1 Lollipop, it very well still is a very good phone and still beats very many devices. Especially its camera… that camera. I have it on my list of Best phones under Ksh. 10,000.

Topping that list is the amazing new device from little known company called Cubot. That is the Cubot Note S. And I thought why not compare this new device to two other nice devices. So this post compares the Note S to the Infinix X551 while this other post here compares it to the Wiko Slide 2. Make sure you read the other comparison too.

The Infinix Hot Note X551 amazed us, and still does me, with a HUGE 4000mAh battery. For the first time a pretty affordable phone (launched at Ksh. 9,999) had a battery that could last and last and last. And that, I supposed, was its biggest selling point. Because who doesn’t want good battery? 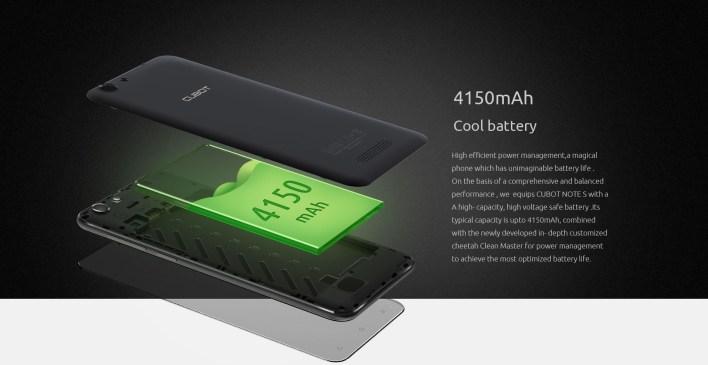 The Cubot Note S has a slightly bigger battery – a HUGE 4150 mAh battery – and is launching slightly cheaply at Ksh. 8,888.

The Hot Note’s battery is non-removable while the Cubot’s can be changed at any time and this a plus for other people.

The Hot Note has one feature that continues to marvel very many people: fast charging. The device can very quickly charge up and you’ll use the juice for so very long. The Cubot Note S doesn’t support fast charging. It being that it has a large battery, expect long hours of charging.

Both have 5.5 inch screens with 720p resolutions. The only difference is the Cubot employs some “technology called” 2.5D. Read about it here.

Both have 8MP back cameras. And please note the Hot Note has one of the best cameras I have used on a device sub 15k. That camera is good. Check out my Infinix Zero 3 review as the close-up photos used there were taken by the Hot Note’s camera.

The Cubot Note S has a 5MP front camera while the Hot Note has a 2MP camera.

Having been there for quite a while, and now that I have been hanging out with the amazingly light Infinix Zero 3, the Hot Note feels really bulky :-( But I can remember how I felt when I first bought it. It was awesome and maybe that is the feel you’ll have.

The Cubot Note S looks like a very normal phone. There’s nothing about its design rather than it is a phone.

I would go with the Cubot if asked to choose between this two. Because of 2GB RAM, the extra 150 mAh battery and by the simple fact that it is new.

But I’d go with the Hot Note if I were looking for a good camera, a phone that constantly receives software updates and the overly amazing FAST CHARGING!

Which of the two do you prefer. Tell me why.