I never bought, or considered buying the Infinix Note 2. Not because it is a bad phone. No. Rather, I was angry they launched a 1GB RAM version and then waited a few weeks later to launch the phone we were all waiting for: 2GB RAM with 4G/LTE support. And as funny as that sounds, it made all the difference. No wonder you’ve never seen me review the Infinix Note 2 on this site.

The second phone from Infinix to get Android 6.0 Marshmallow is the Infinix Note 2. The Infinix Hot 2, which already received Marshmallow a few months ago, is part of the Android One program and we were sure it would receive the update directly from Google.

As I don’t own the phone, the Note 2, I learnt of this news from Kiragu Kimani, @Kimkykie on Twitter. He has updated his device and has shared with me the screenshots. To update/upgrade your phone go to Settings –>> About Phone —>> System Updates and download the OTA Update! All you need is 750MB and patience.

Even though I never owned one, I have spent some time with this device. Curiosity obviously. Some of those who own the device hate the camera. Some really love their cameras. For me the 13MP camera didn’t stand out that well. I was not impressed.

The first thing that stood out for me with the Infinix Note 2 was the phone’s size. It is really big. Another thing that caught me on touching it was the weight. It is a little heavier than I expected. Now that there’s a Marshmallow update, I think I should get the phone and do a full review, right? It will definitely feature in my list of best phones under 15k.

Here are some screenshots of the phone after the Marshmallow update: 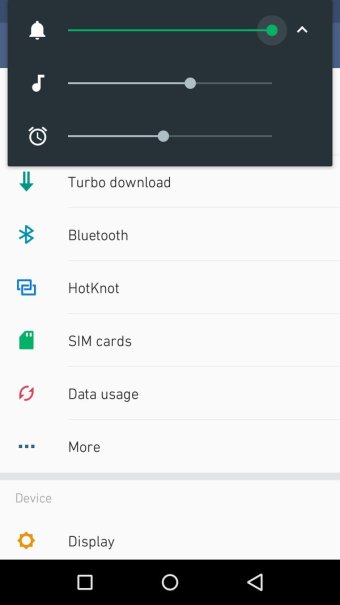 The sound controls that came with Marshmallow up there.

One thing you can notice too is something new added called “Turbo Download” that speeds up your downloads by combining Wi-Fi and your device’s data connection.

There’s Google Now on Tap and it’s working well. Honestly this is the best feature of Android 6.0 Marshmallow. And probably the only reason I’d want my phone to run Android 6.0.

So there you go. Here’s the new Infinix Note 2. What do you think? 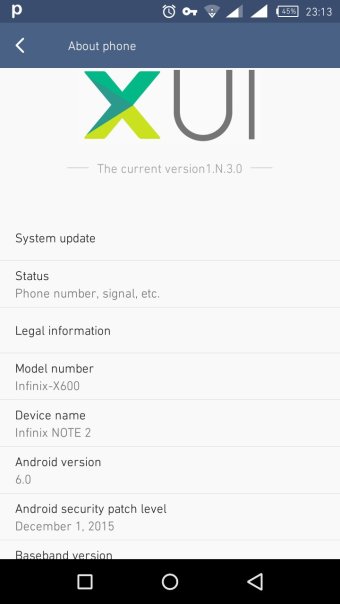 The updates are available for both the 1GB RAM and 2GB RAM devices.

If you want to understand everything about Android 6.0 Marshmallow read Ken Bonyo’s full review where he takes you through it step by step.

Update: I got the Infinix Note 2 and did a full camera review here.