Infinix is planning on launching a couple of devices this year. Whether they will be successors of the existing series, or new series we’ve not heard of yet, we are yet to see. However we are sure of a new phone from March 8th 2016 and that will be the New Infinix Hot 3. Here’s how it will look like (well the back): 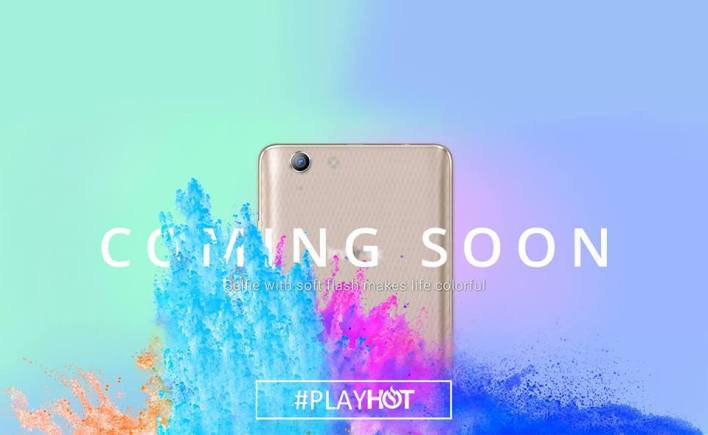 The Infinix Hot 2 was a collaboration between Infinix and Google to bring us the first Android One in Africa. This seems to be a done project as the upcoming Infinix Hot 3 hasn’t been mentioned in any quarters as part of the Android One Project. If you don’t understand the project read here.

It being that Infinix is doing the Hot 3 alone, we should expect really amazing specifications. I’m saying this because the Infinix Hot 2 (Android One) though exciting, didn’t really do us justice as the screen was not good, the cameras were bad and the software (though it now runs Android 6.0) was just off lacking basics like a file manager.

It looks like we will have 2 models of the Hot 3 (like we had for the Note 2): One with a single Gig of RAM and the other with 2 Gigs of RAM. The 1GB RAM Model will support 3G networks while the 2GB RAM model will support 4G/LTE networks.

Here are some of the expected specifications of the Infinix Hot 3:

Processor will be 1.3GHz Quad Core. RAM as said will feature two models 1GB and 2GB at different prices definitely.

We are yet to see low end phones launching with Android 6.0 Marshmallow. This will launch with Android 5.1 with XUI.

Compared to the Infinix Hot 2 which had a small battery that didn’t last long, this is expected to have a 3000mAh battery. Which is good. I reviewed Infinix’s 2016 flagship, the Infinix Zero 3, whose 3030mAh battery was fairly good. Read my Zero 3 review here.

So there you go. This is what to expect. The phone will cost between $80 and $95, if I am not wrong. The Hot series has never gone beyond $100. I think this phone will rank high (if there’s a 2GB version with LTE) on my Best Phones Under 10k.

There’s speculation that the 2GB version will actually be a lot different with a 13MP back camera and better design and feel. We wait and see.

Tell me what you think in the comment sections below.