The OPPO Reno6 5G is one good-looking phone. We already established that in my first impressions article.

If you haven’t read that article, you should. Because of the following reasons:

After a couple of weeks with the phone, I can conclude these are the features about the phone I love the most:

So let’s address these first. Then we can talk about the other stuff later on. Or within each topic we can have a subtopic of the things I don’t like, or the things that could be better.

The most asked question from people around me during the period I’ve had this as my main device was: “What iPhone is that?” I know… weird. But apparently, for most people boxy designs are Apple phones.

It is even much more weird when you look at the camera arrangement of the phone, and when you look at that Reno Glow finish with changing colours and shifting tones in different lighting. “That’s not the finish of an iPhone!” was my response throughout.

Do you guys think this design is iPhone-y? I can’t see it.

Basically, if any one wants to copy a phone design, copy this. But with the following adjustments.

Things that could be better with the design:

What’s there to say about this? Honestly!? I already wrote a whole article on how fast charging changes everything.

The OPPO Reno5 and Reno6 have totally destroyed what I feel for all other smartphone charging speeds. Like a 33W charger is great, but I hate that it feels slower. A 25W charger is good, but it doesn’t cut it for me anymore. I just want my 65W OPPO charger which assures me that by the time I am out of the shower, my phone is at 100%.

And I can’t say how crazy it is that a 4300mAh battery will take me throughout my day of use. (Remember though as I’ve mentioned above, I rarely watched lots of stuff on this phone).

The other thing I totally love about the Reno6 is its performance. This is my first time interacting with a Dimensity Chip from Mediatek, and I am glad they’re as good as they had been hyped.

OPPO chose the Dimensity 900 5G for the Reno6. And I can report that I have had no qualms with the device’s performance. Nothing has failed me, nothing has failed to work. No app has taken long to load, no task has felt slow or laggy. Nothing. All smooth as butter. Love it.

Yes you can play games with this phone. Yes you will not experience any serious issues – no heating (even whilst charging).

For the lovers of benchmarks, here you go:

Now, let’s talk about other features of the phone which I’ve not been especially amazed about. As you will see, this doesn’t mean that OPPO has failed in these departments – they haven’t.

Rather these are my takes based on my experience with the device.

There’s actually only three things to be addressed here:

This is the major change compared to the previous Reno phone. Instead of the 44MP selfie shooter on the Reno5, with the Reno6 5G, there’s now a 32MP shooter. I can’t tell any quality differences between the two. However, I’ve noticed a general improvement in low light photos. This cuts across both the front and rear cameras. So I can say it’s a software improvement.

You can still capture dual view videos and photos This is where you’re able to capture using both the front and back cameras at the same time. Can be a useful trick when vlogging. OPPO should consider finding a way to have the feature work with social media apps like Instagram, Facebook and YouTube for when people go live.

There’s no major change in terms of numbers here. On the Reno6 5G you get a 64MP main camera, an 8MP ultra-wide and a 2MP macro lens. These are the same lenses as the Reno5 which had an additional 2MP depth sensor. I guess OPPO thought that to be useless.

The main camera however continues to shine. It now captures more detail in low light, and there’s a very serious set of LED lights at the back to improve the flash when capturing stuff. These LED Flash lights get so bright, but in a good way so as not to blow up the highlights of a shot, or a face.

Night mode is improved – which is nice. Because this phone still rivals many phones in the details you can capture at night.

You can still totally use the phone for vlogging. There’s still no Optical Image Stabilisation (OIS), but the Electronic Image Stabilisation (EIS) continues to shine. You can capture very stable video, as long as you hold the camera quite well. For fixed shots, you will get good video thanks to customisation that have made focus work better. Just make sure your environment has sufficient lighting and not much is moving around to affect the dynamic range.

(These have been thoroughly compressed, reduced in size, to enable Web Upload and good experience loading this web-page)

That remains the case here. Almost zero bloatware, no ads, no annoying notifications, nothing bad. I am used to seeing this with OPPO devices.

I however expected some small touches here and there to differentiate the experience with the Reno5. I know that’s a lot of work, especially when sending out updates. Anyways, maybe a similar experience is good at the end, given it was already really good with the previous iteration.

I have nothing to report here. OPPO hasn’t yet enabled the 5G toggle under Networks in Settings. I believe this is a matter of sending out a software update and getting the radio on for use.

Yes, 5G is not yet commercially available in the market, but there are a couple of areas where devices with 5G can connect to the Safaricom 5G signal and test it out.

I reached out to ask about this, and still haven’t gotten a satisfactory answer as to when the toggle will be available. Let’s wait for either Safaricom or Airtel to make 5G commercially available to see what OPPO will do.

So for now, despite the 5G branding on the phone, you cannot experience 5G with an OPPO Reno6 5G purchased in Kenya. Not even if you move to a country with 5G. Until that software update drops.

Why I haven’t been amazed:

As you can see from the cameras, there’s not a big change from what the Reno5 offered. Like these are great cameras, but there’s nothing new to geek about. The lenses could be different, but the megapixel count is the same, the amount of detail captured, the speed of capturing a shot, the Electronic Image Stabilisation, the video quality, etc. All the same. The new Reno6 is basically a Reno5 with a different chip, and a different design.

So it’s not that I haven’t been amazed, it that I was already amazed by the Reno5 and now the Reno6 offering the same leaves me unexcited. Which best the question, should you upgrade to the Reno6 if you have the Reno5?

Should you buy the Reno6?

First of all, to everyone who has the Reno5, there’s no need to upgrade. The Reno5 – which I keep saying I really loved – is still really really good.

And given it is cheaper than the Reno6, while running the same software and offering similar performance, I’d say get the Reno5 instead of the Reno6.

A couple of reasons Reno devices are really good is clear in this and all my other Reno reviews; performance, display quality, battery and fast charging, software and updates.

Your reasons to pick up the Reno6 over the Reno5 can be because of things like 5G Support – which I believe should come later on, longer update cycle as it is the newer device, and the better design.

And that’s my review! What are your thoughts? Let me know!

This is the best RENO device I've used. I love this phone so much, I only wish pricing was better so that more people can use it. 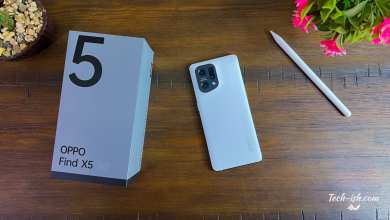