The just concluded Apple Event has showcased to the world the new M1 Pro and the new M1 Max Apple chipsets which are set to become the most powerful chipsets on Notebooks. Everything else falls short! And Apple is miles ahead!

To take advantage of the new chips, Apple has introduced two new laptops:

These are the real PRO laptops every professional has been asking Apple to make. They bring back what Apple abandoned years ago: ports.

With the new laptops, Apple has updated the design, borrowing from its previous MacBook designs – both current and retired designs – bringing about a whole new look for the modern era.

The company has done away with the Touch Bar (sadly), introduced a new Pro Motion display with a 1,000,000:1 contrast ratio, brought in fast-charging and changed the game completely on what laptops can achieve with the new M1 Pro and M1 Max chipsets.

They’ve also borrowed something from the iPhone. Weirdly enough, the new laptops feature a notch. This notch houses the new 1080p webcam.

What’s the notch for?

When leaks mentioned a notch, it seemed a given that Apple would be bringing in FaceID to its laptops. That would make perfect sense in a laptop.

We’ve seen how Windows Helio Face Recognition makes it easy to sign in to Windows laptops. It’s amazing. You open your laptop and you’re in. You move close to the laptop, it senses distance and sees your face and you’re in.

I expected something similar to be coming to the new MacBook Pros. However that’s not the case. The notch here only houses the new webcam. And it’s a powerful webcam anyways.

With the new webcam, Apple is introducing a larger image sensor that should provide better low light performance. This is of importance especially with video calls as many times you are forced to move to somewhere very bright to have good quality video calls.

The company is also introducing computational video that will enable noise reduction when in low light, machine-learning face detection, local tone mapping, auto-white balance and auto exposure. These features should ensure your video calls look amazing. And it’s a major step away from the poor quality videos we’ve been used to across laptops on both Windows and Mac platforms.

Take on the design:

Personally, I still prefer the look of the old MacBook Pros. I hope Apple sticks to that with future launches. Just reduce the side bezels, no need for a notch.

I am now sceptical of the notch on the iPhone being removed in the upcoming iPhone 14 as leaks have speculated.

My hope is that when Apple updates the current M1 Laptops, instead on increasing the thickness to accommodate the extra larger ports as with the new 14 and 16-inch laptops, increase the type-C ports and only bring back MagSafe. Leave them as thin and light as they’re right now.

Do you need the new MacBook Pros?

Yes, they’re extremely powerful. Yes, they beat every Windows Laptop out there. Yes, they outperform the current M1 MacBook Pros by far. And yes, they do that while offering crazy long battery life!

But NOPE, you don’t need them unless you have the job description that allows you to utilise all that power. So if you’re a music producer, a video editor, a game developer etc. yes, get the new laptops! 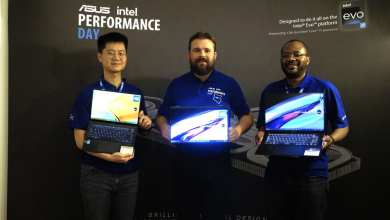