Note: ‘Launched’ back in April, Bonga is STILL in closed beta testing, and only recently have we had opportunity to invite 15 friends.

I cannot remember the exact day I got invited to test out Bonga, Safaricom’s new chat app that comes with M-Pesa built in. It was actually accidental. While scrolling on Twitter, I saw a call for testers, filled out the form, and some hours or days later got a notification to install the app. It has been many months. I’m sure it’s many months because I’ve had it installed in a couple of phones I’ve reviewed this year.

Bonga is at its core, a very normal messaging app. You install it, key in your Safaricom phone number, get a verification code, and you’re in.

There’s a button to start a conversation with people who are already signed up on Bonga. A button to search your messages, edit your profile, create a new group of people to chat with, talk to the developers team, and recently invite your friends to use the app.

You can do most of the things you are able to do with WhatsApp or Telegram. These include sending files, pictures, location etc. Although there’s still no voice or video calling.

But Safaricom isn’t doing all this to have it’s own version of WhatsApp. Rather, they’re building WhatsApp that has M-Pesa. Or should I say, M-Pesa that has WhatsApp.

When you swipe from left to right, you get an M-Pesa Menu like we are used to. It has options for sending money to someone, Lipa na M-Pesa and buying Airtime. There’s no option for withdrawing cash from ATM or Agent though.

Also, when chatting with someone, there’s an extra button from which you can send someone money directly, or request them for money.

If you’ve not tried out Bonga, you’re probably asking yourself why. What’s the need for all this? Why is Safaricom building another app with M-Pesa when we already have the mySafaricom app?

Well… with Bonga, you can finally sort of ditch your Safaricom SIM Card. You don’t have to leave the app to successfully complete a transaction.

Last year Safaricom tried out M-Pesa 1Tap where you would have an NFC Sticker, Card or Wristband to help you out with payments. You’d tap at a POS and then enter your M-Pesa PIN from your phone. For some it worked very well. For others the prompt to enter PIN didn’t always appear. It made no sense to have a card, if you’d need to enter the PIN from the phone. And the project seemingly has failed.

With the mySafaricom App, you have even more Safaricom services integrated into one app. But when doing any transaction, you need to wait for the M-Pesa PIN prompt. You cannot key in the PIN directly on the mySafaricom app. Bonga changes that.

I admit, I wasn’t amused first time I heard Safaricom was building a WeChat sort of app, because I expected another mySafaricom app, now with messaging, that required me to always enter PIN from the SIM Toolkit. I was elated upon discovering that Bonga allowed me to do everything within the app. And for me, that’s it’s biggest selling point.

On the 20th of November, I picked up the TECNO Camon 11 for review, and since it supports Faiba4G VoLTE, I decided to spend the day without my Safaricom line. I had installed all my apps on the phone, and even signed in to Bonga, even though I never use it for chat.

While out, I realised I didn’t carry cash (no one carries cash these days, except for transport money). My Safaricom SIM card was at home. There was nothing I could do, and I needed to pay after eating. Bonga worked. Sent money to my friend, who then paid from their phone.

You are probably asking why I didn’t pay directly from Bonga since Paybills, and Till Numbers are supported. Well, Bonga has one major issue (It probably isn’t an issue from Safaricom’s perspective). When you do any transaction, Bonga doesn’t send you a message through the app, rather you get a normal SMS on your SIM card. If I had paid directly, the waiter would have wanted to see my M-Pesa message.

It is funny discussing the future of an app that’s yet to be made available for the whole public. But like any idea, it is paramount to question its viability.

For many people in Kenya, and across most of the world, Facebook-owned WhatsApp is the go-to messaging app. Apart from having the usual messaging features, and extra ones like statuses, apart from having voice and video calling, and apart from being end-to-end encrypted, WhatsApp just has the numbers.

If you have friends from wherever in the world, you can chat with them for free using WhatsApp at whatever time without fear that someone maybe accessing your conversations, or listening in on your calls.

Is Safaricom ready to build such a platform? How will they do it especially with mobile money built in? Is Bonga leading to a future where M-Pesa will be a standalone company? Or is this but a test that will lead to integration with existing chat apps?

I’m more than looking forward to seeing how Safaricom pushes Bonga when it goes public. I want to see how people chat on the platform, if they ever (Because I have about 18 contacts on Bonga, and there’s no single day we’ve chat). And how the app grows to be internationally used, if Safaricom even plans to go that way.

Before the launch of the app, if you asked me, I would have said Safaricom were better off building on top of an existing platform.  For example, the Telegram API has always been available and open to allow anyone to build their own messaging replica. This year they announced TDLib that “takes care of all network implementation details, encryption and local data storage, so that developers can dedicate more time to design, responsive interfaces and beautiful animations.” Would it make sense to build Bonga on top of that? Would it be possible?

The future of the internet many argue is messaging. Many companies believe this to be true. And bots are the first wave of proof to this belief. From some messaging apps like Facebook Messenger, and even WhatsApp in India, you can shop, pay, book appointments, send and receive money etc. Safaricom themselves have a Personal Assistant Bot on Facebook Messenger and Telegram dubbed Safaricom Zuri.

Maybe Safaricom is being guided by this belief of messaging being the future, and that’s why they’re building Bonga. WeChat has had much success in China being one app for everything. Maybe Safaricom is looking forward to such a future where from it’s one messaging app you’ll be able to chat with friends, family and businesses, order stuff from Masoko, and send, receive, pay, request loans etc from M-Pesa. I don’t know.

What I know is this: Safaricom will have a hard time convincing people to chat on it’s platform. 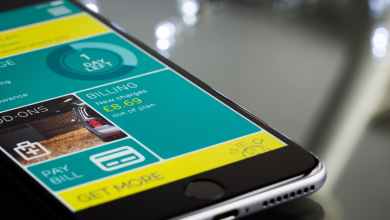