In December of 2017 when Jamii Telecoms launched the Faiba 4G network, there were numerous opinions shared online. It was seen as a revolutionary product. Why? Well, it was data-focused, it was 4G only, and prices for data bundles were really well done. It was truly, the first of its kind in the market.

Everyone saw Faiba 4G’s potential. Everyone I know wanted to get the SIM card. And, despite receiving absolutely zero communication from the company, we covered details of the network so aggressively.

I remember there wasn’t much communication on how to tell if your phone supported the network, that article became one of our most popular pieces in 2018. We covered how to buy bundles – which proved a popular piece too. We would even include a line in our phone reviews that year stating whether or not the phone supported the network. (Nowadays, all phones support Faiba 4G.)

One of the biggest talks after Faiba’s launch was how it would disrupt the market, and how it could mean goodbye to Safaricom and Airtel, unless they matched their data bundles and prices.

Well, it is 2022. That’s 5 years later and Faiba 4G still only boasts of 236,000 subscribers according to the Communication Authority’s data from December. That’s against Safaricom’s 65 million, and Airtel’s 16 million. Yet none of these offer better data bundle options.

You would expect that a company offering high-speed internet services at affordable prices would really shine in a country where demand for internet access is always on the rise. Better yet, you would expect that such a company would enjoy, say, double growth in the event a pandemic arises forcing people to stay and work from home. Yes?

So why didn’t Faiba 4G take off?

Was it the fact that for a long time the network wasn’t supported by most of the phones available in the market? This is the point everyone raises when I front this discussion. “Oh many phones weren’t supported from the onset, that drew people off”. But the cheap bundles… people will always find ways to access cheaper data, won’t they?

Jamii Telecom even offered MiFi devices – I bought and reviewed one here. Were the MiFi devices too expensive? Weren’t they marketed well?

Or did Faiba 4G just fail to take off because they themselves messed up! Let’s see:

For many Kenyans, not only was it an issue getting a Faiba SIM card, the hassle of knowing whether or not your phone will be supported, the pain of knowing if you live in an area with coverage, the complaints of poor speeds with zero communication, plus the challenges of using an app to buy airtime and data bundles, proved too much to motivate someone to join the network.

5 years down it seems Faiba hasn’t yet figured out how to streamline things. They still offer better bundle options. They still have options for things like free calls for life. However, they badly need to re-work their whole approach. 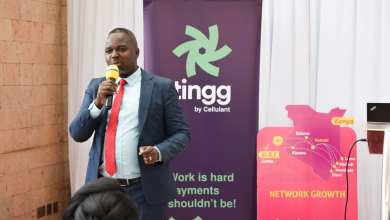